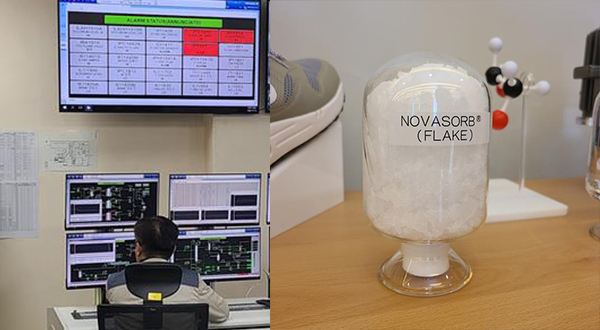 Samyang Innochem, a chemical affiliate of South Korea’s Samyang Group, has started commercial production of corn starch-based isosorbide at its new plant in Gunsan, setting a milestone for its carbon-neutral bioplastic business.

Isosorbide obtained from processed plant-derived sorbitol exhibits a wide range of glass transition temperature and has therefore the potential to replace polycarbonate or polyurethane used in many industrial applications, according to the company on Wednesday.

Isosorbide is under the spotlight for its carbon neutrality. Isosorbide is extracted from corn or tapioca, and carbon is captured in the process of growing the plants. This means zero emission can be achieved with isosorbide production even if carbon is emitted in the manufacturing process.

The annual production of its new isosorbide plant in Gunsan is about 15,000 tons, and about 40,000 tons of sorbitol will be used as a feed. Samyang Genex, another Samyang Group company, produces sorbitol at its Ulsan plant, which is expected to improve the competitiveness of their value chain.

The commercialization of isosorbide is the fruit of groupwide efforts over the past 13 years since 2009, and more than 300 domestic and overseas patents for the substance have been won, Samyang Innochem CEO Kang Ho-sung said.

The isosorbide product is still twice as expensive as conventional products, but considering its functionality and carbon reduction potential, it will be competitive enough in the market, the company said.

Samyang Innochem plans to add a second plant with twice the capacity of the current one by 2025.

By Song Min-geun and Minu Kim