Korean pharmaceutical companies are capitalizing on the drug momentum and spotlight on Korean vaccine consignment capacity under Covid-19 environment to raise funds to bolster R&D activity and novel drug pipeline.

ChongKunDang said it will use the funds to boost its drug development platform that encompasses ongoing clinical trials of a Covid-19 cure and a dual target antibody against tumor cells. 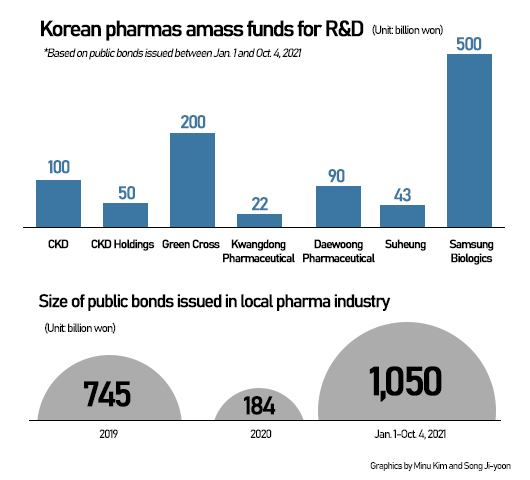 In July, the company raised 100 billion won through stock offering. The funds will go to development of modified drugs from off-parent legacy brands.

Samsung Biologics was a high-profile issuer. In its bond sale in August, the company attracted 1.57 trillion won offers from institutional investors for its 300 billion won offering, eventually leading to an increased sale of 500 billion won.