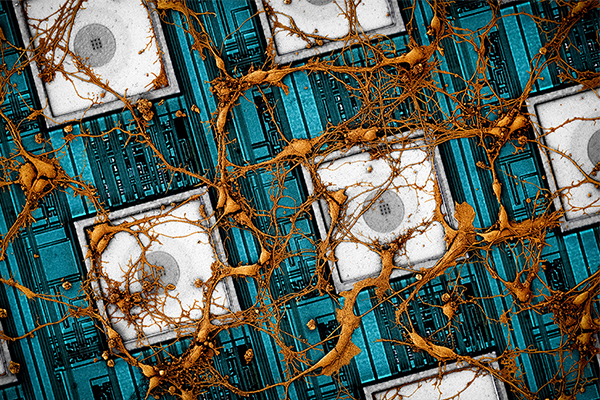 Samsung Electronics laid out a vision for a chip that emulates human brain in a paper co-authored with Harvard University researchers to pioneer next-generation AI semiconductor technology.

Neuromorphic engineering aims to design a semiconductor chip inspired by the brain or mimic its neuronal networks with the goal of reproducing the brain’s higher-order functions, such as cognition and reasoning.

The paper suggested a new way to copy the brain`s neuronal connection map by using a nanoelectrode array developed, and to paste this map onto a high-density three-dimensional network of solid-state memory chips.

According to Samsung Electronics, it is possible to read fine electrical signals generated between neurons through nanoelectrodes and map a neural network based on the readings.

The authors presented a completely new concept of a neuromorphic semiconductor system by pasting the copied neural network map into a memory chip, where each memory serves as a contact point between neurons, a company official said.