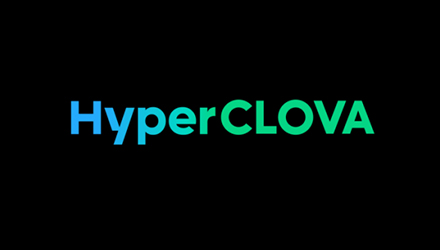 이미지 확대
Naver Corp. is making strides in `automated machine learning` solutions that it is grooming as a future growth driver after unveiling hyperscale AI language model Hyper Clova in May.

According to sources on Sunday, the Korean leading platform company is using its hyperscale AI resources to develop `automated machine learning,’ also referred to as automated ML or AutoML, a solution to automate the time-consuming, iterative tasks of machine learning model development.

With AutoML, users can shorten the time it takes to get production-ready ML models with greater ease.

Naver was also the first among Korean companies to commercialize hyperscale AI. Hyper Clova is applied to Naver`s major e-commerce business. Hyper Clova excels at generating new sentences like a human thanks to its vast amount of Korean language learning. Hyper Clova is instrumental to e-commerce, where numerous products are given titles and phrases for promotion, and comparison and summary of massive shopping reviews are necessary.

이미지 확대
Naver plans to provide an AI shopping solution based on Hyper Clova to merchants of its commerce platform Smart Store in the first half of next year. Naver’s Hyper Clova has strengths in Korean sentence generation.

Among large Korean companies, KT is the most active in the development of hyperscale AI. The telecommunications company aims to complete hyperscale AI learning by the end of this year and commercialize it in the first half of next year.

KT`s strategy is to differentiate itself by creating a model that is good at `interpretation`, another axis of the hyperscale language model. With the model, more natural conversations can be generated, said KT, adding that its hyperscale AI model will be applied to its AI speaker GiGA Genie and call centers.