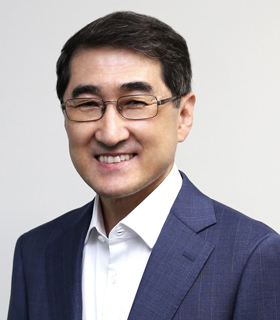 Dr. Yoon Ho-sup, 62, who was a star professor with tenure and a solid career path at Nanyang Technological University (NTU) in Singapore, returned to home country after 35 years to begin his new role as head of CHA Advanced Research Institute under CHA Biomedical Group early this month. He was also behind the development of a blockbuster drug to treat leukemia at U.S. Abbott.

As a unique organization that owns hospitals, schools, research institutes and companies, CHA Biomedical Group is thinking over how to utilize its well-established global network and infrastructure for the growth of Korean bio names and their overseas expansion, Dr. Yoon said during a recent interview with Maeil Business Newspaper.

Dr. Yoon, who also doubles as the vice president for research at CHA University, is responsible for establishing and coordinating R&D strategies of CHA hospitals and affiliated companies including CHA Biotech, CMG Pharmaceutical and CHA Vaccine Institute.

Based on his experience in developing new leukemia drug Venetoclax at Abbott, he advised that not only CHA Biomedical Group, but also Korean biopharmaceutical companies should pay more attention to basic research.

When he joined Abbott in 1993, his first job was not to develop a new drug, but to do basic research to further understand protein structure, he said, emphasizing many blockbuster drugs in the world have been created through basic research.

Private companies can perform more basic research, and this can fuel business growth as seen in many Nobel laureates who began to explore their pivotal role while working at a company.

Dr. Yoon also said NTU has a very people centered culture where professional knowledge and expertise receive respect and recognition and he will introduce this culture into CHA University. He served at NTU for some 20 years. During his tenure, he saw NTU grow and emerge as one of the leading engineering and technology universities in Asia.