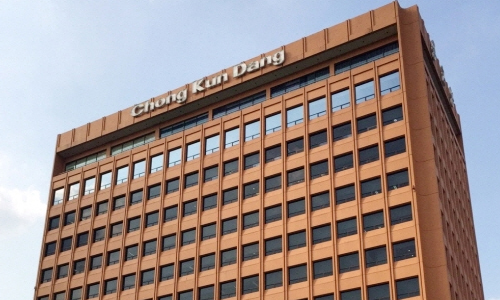 이미지 확대
Chong Kun Dang Pharmaceutical Corp.’s partner in the Unites States has received approval from the Food and Drug Administration (FDA) for its uremic pruritus treatment that the Korean pharmaceutical is entitled for exclusive distribution in Korea.

The South Korean drug maker announced Thursday that its American partner Cara Therapeutics’ CR-845 branded as Korsuva is now the first and only FDA-approved uremic pruritus drug. CR-845 is a Kappa opioid receptor agonist that treats moderate to severe pruritus of hemodialysis patients. It is a bothersome symptom that frequently occurs among patients with end-stage kidney disease.

Chong Kun Dang signed a contract with Cara Therapeutics in 2012 for exclusive sale of CR-845 in Korea. The Connecticut-based drug company completed multinational clinical studies for the treatment in March 2020 and applied for FTA approval in December. The FTA has approved the drug after a fast review of eight months.

The FDA nod would also help the treatment receive approval in the European market. Cara Therapeutics applied for new drug approval (NDA) to the European Medicines Agency (EMA) in March.

CR-845 will be released to the global market from next year via Cara Therapeutics and Swiss bio firm Vifor Pharma. Chong Kun Dang plans to file for approval of its sale in Korea to the Ministry of Food and Drug Safety. It will swiftly proceed with the approval procedures in Korea to supply the drug to the local market, a company official said.

By Park Yun-kyun and Choi Mira