이미지 확대
Kim Sun-young, the founder and CEO of Helixmith Co. stayed confident behind the company’s investigational drug Engensis (VM202) to treat diabetic peripheral neuropathy, confirming his promise to give up his stock ownership if he cannot meet the goal by late next year.

Kim proposed two bold goals to appease angry shareholders during a shareholder’s meeting in March -successful results of the ongoing clinical trial and achievement of 100,000 won ($90) in the stock price by October next year. That is a more than three-fold increase from last Friday’s closing price of 31,200 won.

If the goals fail to materialize, he will sell his entire shareholdings to help finance the company’s growth, Kim said during a recent interview with Yonhap News Agency. Kim is the largest shareholder of the company with a 10.75 percent stake.

The bitotech firm has experienced conflicts with minority shareholders since 2019 when its phase 3-1 clinical trial failed and the company’s investment into high-risk funds led to some losses. Shareholders’ discontent exploded into a massive selloff after Kim bowed out of rights offering scheme to prop up capita for business continuation late last year. 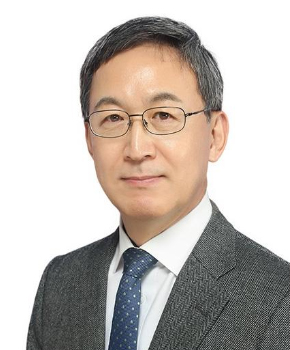 Helixmith is conducting a phase 3-2 study in the U.S. to evaluate the efficacy of Engensis, a DNA plasmid that contains novel genomic cDNA hybrid human hepatocyte growth factor (HGF), targeting the root cause of neuropathy through angiogenesis and nerve regeneration.

The second-time trial is designed to maximize the likelihood of success because all the causes of the previous failure had been identified, Kim said.

He assured the stock price will improve to 100,000 won for a market cap of 4 trillion won once the trial proves efficacy.

Regarding his non-participation in the capital increase, Kim said he then had no money after repaying his loans borrowed on stocks. If his loans had been left unpaid, lending securities would have sold off his stocks, further affecting the company’s already vulnerable stock price, he explained.

The company will have an open session with shareholders on June 3 to seek their understanding.