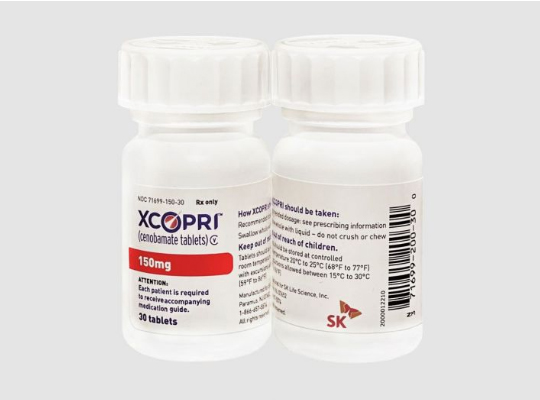 South Korea’s SK Biopharmaceuticals said Wednesday that its anti-epileptic drug cenobamate has received marketing authorization from the European Commission (EC), making it the first case of entry into Europe and USA with a therapeutic compound independently discovered and developed by a Korean pharmaceutical company from inception to FDA approval.

The marketing authorization, granted to Arvelle Therapeutics, acquired by Angelini Pharma in January, will be valid in all European Union Member States as well as Iceland, Norway and Liechtenstein, according to SK Biopharmaceuticals.

With the latest approval, SK Biopharmaceuticals will receive a milestone payment of $110 million from Angelini Pharma in addition to $13.22 million related to its stake sale in Arvelle to Angelini.

SK Biopharmaceuticals expects revenue-linked milestone payments of up to $585 million after sales of cenobamate begin in Europe.

The approval by the European Commission is another major milestone in our efforts to increase patient access to cenobamate, said Cho Jeong-woo, President and CEO of SK Biopharmaceuticals.