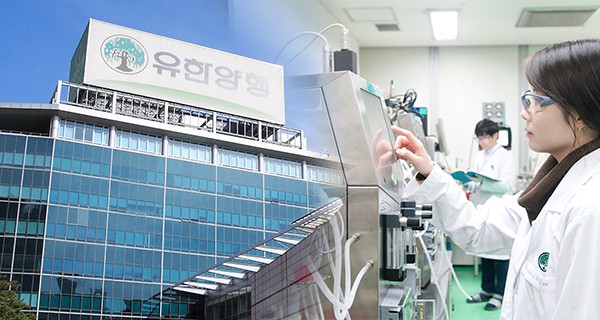 이미지 확대
Yuhan Corporation reported its operating profit expanded nearly seven-fold in 2020 against a year ago on license revenue growth and property sale.

The all-time high sales and earnings were supported by license revenue growth and gains from the disposal of a company factory site.

Most of license revenue came from milestone payments by Janssen over its ongoing lung cancer drug Leclaza Tab. (lazertinib). Yuhan signed a deal worth up to $1.2 billion deal to license out the drug to Janssen in 2018. It was the largest ever license deal in Yuhan’s history. Yuhan received an upfront payment of $50 million that year. Lazertinib began to be evaluated last year in combination with Janssen’s bispecific antibody cancer drug amivantamab, leading to additional milestone payments of $100 million to Yuhan.

The company spent 222.7 billion won, or about 14 percent of revenue on R&D last year. Sales came to 461.4 billion won, with an operating profit of 27.2 billion won, and net profit 11.9 billion won in the fourth quarter.

Lazertinib is expected to be available this year after conditional authorization as the country’s 31st independently developed novel therapy. The company’s non-alcoholic hepatosteatosis (NASH) treatment YH25724 which was licensed out to Boehringer Ingelheim will soon enter a Phase 1 clinical trial. Non-clinical toxicity studies were completed in April last year.