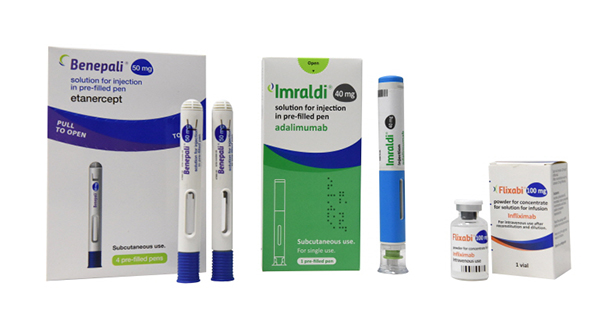 The South Korean drugmaker said on Thursday that combined sales of Benepali, Flixabi and Imraldi reached $795.8 million in Europe last year, citing an earnings report of its U.S. partner Biogen. Samsung Bioepis is a joint venture between Samsung Biologics and Biogen.

Sales of Benepali, a biosimilar of Amgen’s Enbrel (etanercept), came to $483.8 million, down 0.9 percent from 2019. Benepali used in the treatment of rheumatoid arthritis now commands a 40 percent market share in Europe.

Sales of Imraldi, a biosimilar of AbbVie’s Humira, amounted to $216.3 million, up 17.6 percent from a year ago.

With fast market penetration of Imraldi and four other Humira copies in Europe, the original drug has experienced a significant decline in sales. Humira sales outside the U.S. last year were down 13.6 percent from a year earlier. Humita copies launched in Europe are Samsung’s Imraldi, Amgen’s Amjevita, Sandoz’s Hyrimoz, Mylan’s Hulio, and Fresenius Kabi’s Idacio.

A Samsung Bioepis official said the company will further efforts to strengthen its leadership in the European autoimmune disease treatment market by continuing to pursue volume growth of its diverse product portfolio.