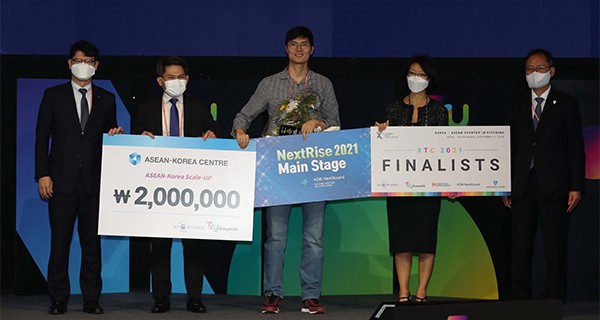 Seoul-based rare disease diagnostics company 3billion Inc. won the ASEAN-Korea Scale-up contest, one of the major events of startup premier Try Everything in Korea on Thursday.

“About 80 percent of rare diseases are caused by genetic mutations, and a person’s genetic code can have approximately 100,000 mutations, which takes an average 20 to 40 hours to analyze in the past,” said Keum Chang-won, founder of 3billion.

“3billion is able to interpret the 100,000+ variants to identify the illness the patient has within just five minutes.”

As the winner, 3billion will be able to join the final round of eXtreme Tech Challenge (XTC), the world’s largest startup contest for entrepreneurs addressing global challenges, to be held in France next year.

Chang in his welcome address called upon to seek innovation momentum to combat the challenging times of the economy. Minister Park also stressed the importance of incubating startups and ventures, saying they are new growth engines for the country in a post-pandemic era.

By Shin Soo-hyun and Lee Ha-yeon