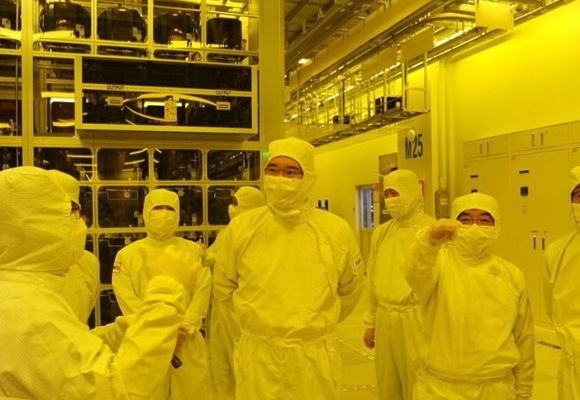 Samsung Electronics Co. has leapfrogged its chipmaking rivals in next-generation chip technology by becoming the world’s first to commercialize the 3 nanometer process in wafer fabrication.

The breakthrough processor technology, called Gate All Around, is a fundamental reworking of the transistor structure that shrinks down chip circuitry to 3nm, or 3 billionths of meter, boosting speed by 30 percent while cutting power use by 50 percent compared to the 5nm chips.

This puts Samsung Electronics ahead of its rivals by at least a year, experts said. 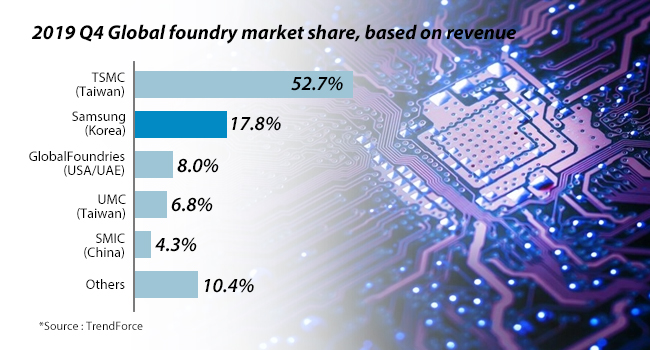 이미지 확대
“Past performances are no guarantee of future success,” Lee said during a briefing of the new technology. “We need to radically change bad practices and mindsets and forge our way to a new future.”

The world’s largest memory chipmaker has been making aggressive moves to extend its supremacy to the non-memory sector, challenging Taiwan’s TSMC in contract chip manufacturing and Qualcomm in mobile processing chips. Last year, it pledged to invest 133 trillion won ($114 billion) in non-memory chips through 2030.