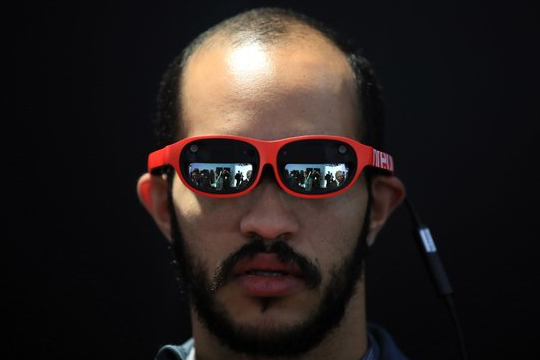 LG Uplus, wireless carrier under LG Group, will release an AR glasses dubbed Nreal Light co-developed with Chinese mixed reality product maker Nreal in the third quarter. The eye-wear is likely priced at $499, which can appeal to game and technology enthusiasts.

Extended Reality (XR) is spatial computing technology that is supported by a combination of three primary reality-altering technologies AR, Virtual Reality (VR) and Mixed Reality (MR). In a XR-backed world, people will be able to interact digitally with others in different countries while still being physically local.

Industry experts now expect wearables that support XR experiences will become commonplace from two to three years from now. VR and AR-based global XR market is expected to reach $1.5 trillion and create 23.36 million jobs in 2030, according to PricewaterhouseCoopers (PwC).

AR technologies that have been mostly used in gaming, entertainment and other contents businesses now are gaining ground in high-tech industrial sites such as power plants, memory fabs and petrochemical plants. The technology makes it possible to inspect and detect abnormality of facilities that human access is highly restricted, as well as to reduce costs by digitalizing thousand-page facility manual.

Hanhwa Total Petrochemical Co. in the second quarter used the AR technology for regular maintenance work at its manufacturing line. It built the same production line in digital space and completed the maintenance work on the back of remote support from foreign engineers who were not able to come to the country due to virus threat.

In the burgeoning XR market, Korea has its competitive edge in 5G network, necessary for the support of spatial computing technologies. XR content developers also rose to above 100 in Korea, backed by massive investment from top wireless carriers – SK Telecom, KT and LG Uplus.