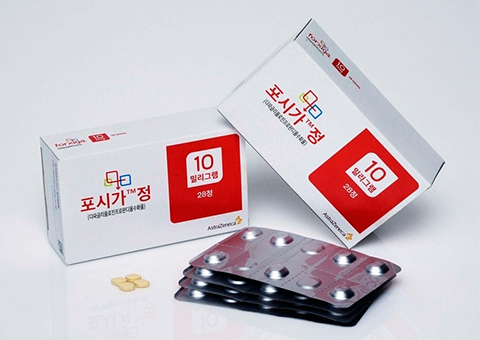 Korean pharmaceutical companies are racing to add a generic version of diabetes med Forxiga to their portfolio as the popular dapagliflozin pill associated with a weight loss benefit will go off patent in about three years.

According to industry sources on Monday, as many as 53 locally developed or commissioned generic brands have so far been approved by health authorities.

The money in the diabetes market where dapagliflozin and other SGLT-2 inhibitors grow fast has prompted the stampede. The combined sales of SGLT-2 inhibitors and metformin combination drugs in Korea amounted to 28.14 billion won ($23.5 million) in the first quarter, up 34.8 percent from a year ago.

SGLT-2 inhibitors lower blood sugar by blocking glucose reabsorption in the kidney. As glucose is released out of the body, it helps in the loss of body weight and the risk of cardiovascular disease.

The rising need for SGLT-2 inhibitors in combination with other diabetes drugs in different classes raises the possibility of health insurance coverage for the combo therapy. Combo therapy has yet to be approved by the Ministry of Food and Drug Safety.