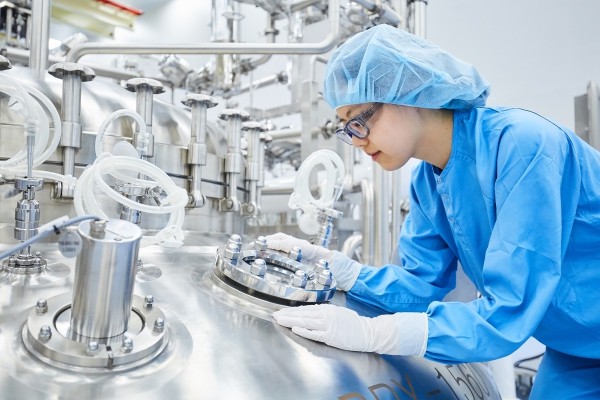 Under the contract disclosed on Wednesday, the biosimilar manufacturing unit of Samsung Group will produce bio medicine at its No. 3 factory for an unidentified European customer. The name of the company and contract period will be disclosed after December 31, 2023, due to confidentiality issues, the company said.

The contract amount – $314 million – is equivalent to 54.3 percent of its full 2019 sales of 701.5 billion won. With the latest order, Samsung Biologics has won total seven CMO orders so far this year. The Korean contract drug manufacturer had signed production contracts to supply bio medicine to six pharmaceutical companies including Vir Biotechnology, Immunomedics, and GSK.

By country, 62.1 percent of orders in the first half of this year were from pharmaceutical companies based in the U.S., followed by 37.9 percent in Europe, including 16.4 percent in Switzerland and 21.5 percent in other parts of the region.