Samsung Elec’s lead in foldables to face challenge from Q3 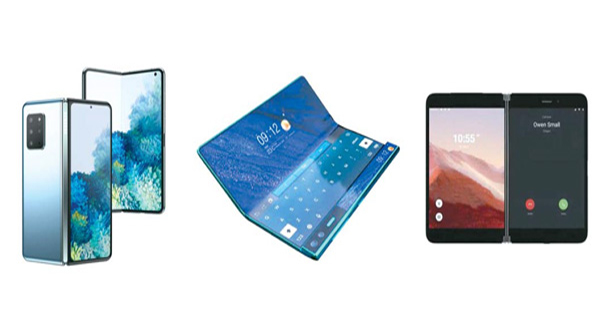 Samsung Electronics Co.’s head start in foldable handheld gadget will come under challenge in the third quarter as its newest versions face contest from tech contestants starting with Microsoft and Huawei Technologies.

Samsung Electronics will reveal the Galaxy Fold 2 and the Galaxy Z Flip 5G at Unpacked 2020 event on Aug. 5, according to industry sources on Thursday. The Unpacked event will take place in a virtual setting due to the coronavirus crisis.

Rumors also suggest that the Galaxy Fold 2 might have a 12 megapixel (MP) main sensor, a 3x optical zoom 64MP telephoto sensor, a 12MP ultrawide sensor and a time-of-flight camera.

Actual market release of the two flagship devices, however, may come in late August or even September as global supply of ultra-thin glass, the key material for foldable phones, has been very tight, according to market experts.

The contest in premium phone will move to foldables.

China’s Huawei Technologies is said to be preparing to launch the Mate X2, an upgrade version of its premium folding phone Mate X introduced last year. It also had rolled out the Mate Xs early this year.

Leaks suggest the Huawei Mate X2 would feature in-folding display like Galaxy Fold. The Mate X folds outwards. The new model is also said to be equipped with a stylus pen.

Microsoft reportedly is planning to launch its foldable smarphone Surface Duo in late July, ahead of the Galaxy Fold 2. Surface Duo will sport two 5.6-inch screens that can expand into a single 8.3-inch display.

Apple has applied patents related to folding smartphones to join the race. In 2019, the company made $250 million investment in precision glass maker Corning for development bendable glasses. Coring supplies glasses for Apple’s iPhones.

By Hong Sung-yong and Cho Jeehyun