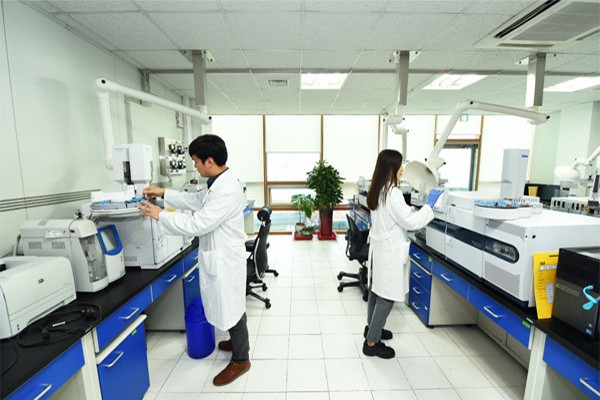 South Korea’s southernmost coast city of Gimhae is emerging as a new mecca for medical and life science industries, drawing some 100 healthcare and medical device startups in the past year.

In June last year, the city, which is about 450 kilometers away from Seoul, was designated as a special cluster zone for medical and life science industries. The special zone that stretches 1.13 square kilometers has Gimhae-based Inje University, which runs five hospitals nationwide, as its central technology center. Multiple tenant research spin-offs in the special zone are working together with the university to sell their commercialized medical technology to the university’s hospitals under a project called ‘Big Dream Well Bio-Medi Cluster.’

In the past 12 months, the zone has attracted 10 research spin-offs including W. Lab, Medical Solution and CosBio, the fastest achievement among the country’s six new special zones.

Research spin-offs are business entities established within the special R&D zone to commercialize technologies developed by state-funded public research institutes with more than 20 percent of equity capital coming from the owner. Those companies are entitled to a 100 percent reduction of corporate tax for three years and 50 percent for the next two years and funding support from the government for commercialization.

Gimhae City has a mid- to long-term plan to attract a branch institute of Korea Research Institute of Bioscience and Biotechnology (KRIBB) and a national lab for anti-aging research. In July, the city expects to see the completion of a center designed to provide intensive support to medical device businesses in the special zone.

Last month, the city won a government project to build a medical device testing and evaluation infrastructure. A total of 20 billion won ($16.4 million) will be injected over the next three years for this project.

By Choi Seung-gyun and Minu Kim