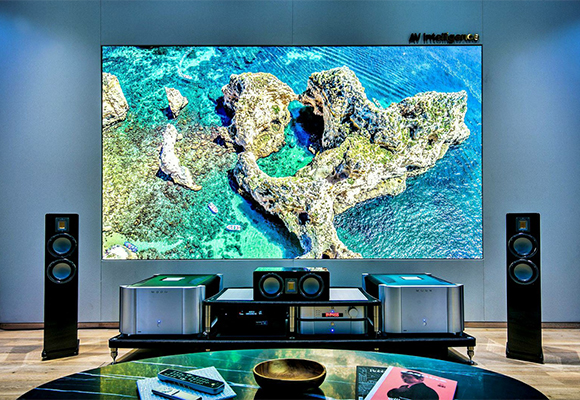 It also is building a $365 million joint-venture for the technology with Chongqing Liangshan Industrial Investment in Chongqing, China.

They are upscaling to micro LED to tap the premium TV market for more profits.

이미지 확대
Micro LED is a new flat panel display that consists of arrays of self-emitting microscopic LEDs. It offers better contrast, response time and energy efficiency, compared to its rival displays, and can be tailored to any size and aspect ratio.

Global shipments of micro LED displays are estimated to jump to 2.7 million units in 2021 from estimates of 800,000 units for this year, according to IHS Markit.

Samsung is grooming micro LED as the next-generation rival to OLED. Samsung Electronics, as one of the world’s very few companies that can produce micro LED displays, has kept up efforts to win over the tight race with Chinese peers with massive investments in R&D teams at home and abroad.

Industry observers expect the upcoming world’s biggest electronics tradeshow of 2020 Consumer Electronics Show (CES) to be held in Las Vegas on Jan. 7-10 would be a place where display makers showcase their latest innovations in the next-generation, self-emissive display technology.

Samsung Electronics has yet to disclose new TV form factors in micro LED. Sony and ICL already confirmed they would show off new developments in the category.