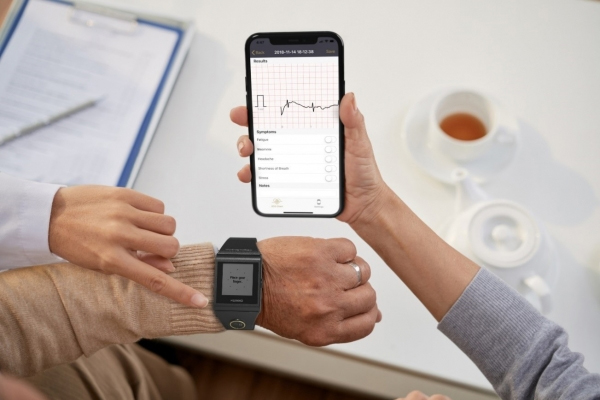 A watch-type electrocardiogram device developed by a Korean startup has become the country’s first wearable medical device covered by health insurance and also the first case of telemedicine in Korea where remote patient care is still banned.

Huinno announced on Tuesday its watch-type ECG monitoring device called MEMO watch became eligible for telehealth reimbursement, allowing patients to easily measure their ECG by wearing it on their wrist. The device stores patient data on an application in real-time, which can be later viewed by doctors for early detection of atrial fibrillation, a type of arrhythmia.

As a result, small clinics without a costly Holter monitor used for ECG can prescribe the device to patients for intermittent ECG monitoring in daily life. The rental fee is 22,000 won ($18) with an out-of-pocket payment of about 2,000 to 3,000 won.

The company became the first Korean company to receive a green light under the government`s regulatory sandbox for a wearable medical device in March last year.