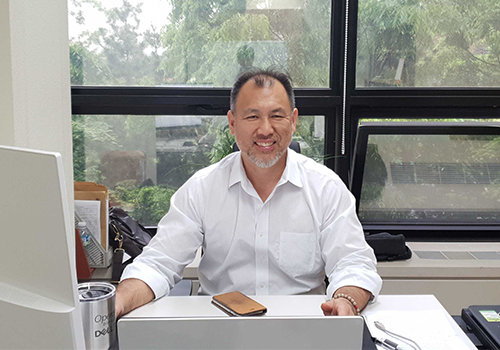 A Korean biotech company has developed a genetic analysis system to determine some 200 rare diseases in a newborn baby within a week with one-time blood sampling, raising chances for more effective treatment with early-stage intervention.

In general, newborns can be diagnosed for the presence or absence of rare diseases only after dozens of tests are conducted for eight to nine years after the onset. But the new testing method can provide doctors with rare disease insights within a week with single blood sampling, Kang Sang-goo, chief executive of MedySapiens told Maeil Business Newspaper on Saturday.

MedySapiens focuses on some 200 rare diseases among 7,000 diseases that can appear in newborns up to 16 weeks after birth. Early diagnosis and intervention for the 200 hereditary rare diseases can save lives or relieve symptoms. There are known ways to cure or relieve symptoms of those 200 diseases if diagnosed earlier and they were selected in cooperation with win Seoul National University Hospital’s pediatric unit, Kang explained.

About 80 percent of rare diseases are due to genetic factors, more than half of which occur in children. 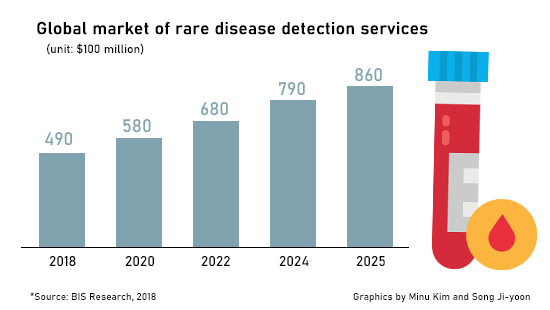 이미지 확대
The test is carried out through a rare disease test panel developed by MedySapiens and next-generation sequencing (NGS) of DNA obtained from a trace amount of blood collected from the heel of a newborn baby.

MedyCVi, the company’s analysis software, provides elaborate analyses on the possibility of a specific disease and a potential treatment method.

After detecting the genetic variation, the software classifies the detected variation into positive, pathogenic, and variant of uncertain significance (VUS) by using genetic and protein variation types. Positive means that there is no possibility of rare disease, pathogenicity means high possibility, and VUS means it cannot be determined.

The existing test methods have low diagnostic capabilities because more than 90 percent of cases belong to VUS, but when MedyCVi is used, VUS cases decrease while positive and pathogenic cases increase, Kang said.

MedySapiens plans to provide Seoul National University with its early diagnosis service for neonatal rare disease from the fourth quarter, while expanding its service to major hospitals in the U.S. next year.