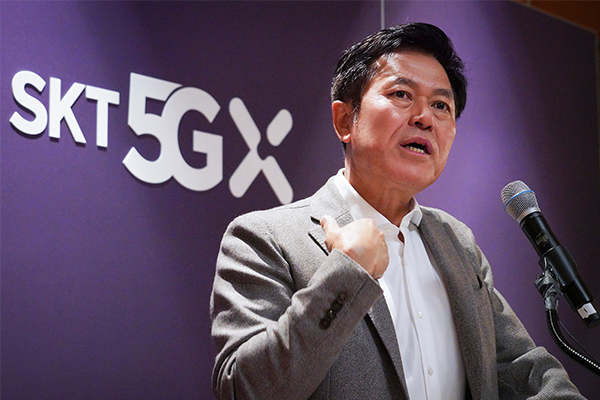 SK Telecom argued for a united Korean front to better compete with multinationals on artificial intelligence front and envisions aggressive stretch to mobility and other future industries by dropping “Telecom” from its name.

During a Thursday press conference on the sidelines of the CES 2020 in Las Vegas, Nevada, Park Jung-ho, chief executive of South Korea`s top mobile carrier, said he wants to propose South Korean companies of “hyper-cooperation in the development of AI” to better respond to a global race for developing artificial intelligence (AI) technology currently led by GAFA, the acronym for Google, Apple, Facebook and Amazon.

Global tech giants like Google, Apple, Facebook and Amazon are working together in AI development and Korean companies cannot compete with them by playing solo, he said.

Park singled out Samsung Electronics and Kakao as SKT’s first partners for hyper-cooperation, saying he already agreed with Samsung Electronics CEO Koh Dong-jin at the CES on ways to combine each other’s AI capabilities with freedom over each brand or applications. 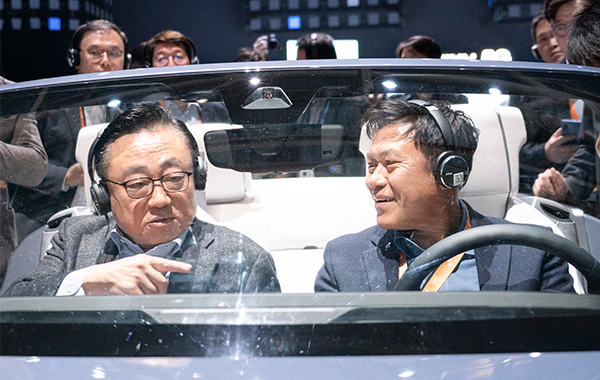 Park’s idea is that each partner company field business-specific services on a shared AI engine that requires tremendous capital investment for development. SKT’s indigenous OTT service Wave launched last year in partnership with the country’s three terrestrial broadcasters is an example of hyper-cooperation, he explained.

Progress in hyper-cooperation can lead to the development of a new integrated platform as well as new technology. Park`s suggestion was inspired by the growing influence of AI voice assistants from Google and Amazon.

Google Assistant and Amazon Alexa are now more integrated into everyday life, from autonomous cars to home appliances, but SKT’s NUGU and Samsung’s Bixby seem to be still behind in voice performance, Park pointed out. Korean companies should cooperate on a global standard without taking pride, he added.

At the CES, Park met with Amazon Web Services CEO Andy Jessy to discuss 5G mobile edge computing-based cloud business. On Tuesday, SKT signed a memorandum of understanding with Byton, a Chinese electric vehicle startup, to cooperate in a variety of business areas including the development of integrated in-vehicle infotainment.

Park also expressed willingness to change his company name to better represent its identity as a comprehensive ICT service provider, not a telecommunication company, given sales from telecommunication business are 60 percent of the total, and if could fall to below 50 percent.