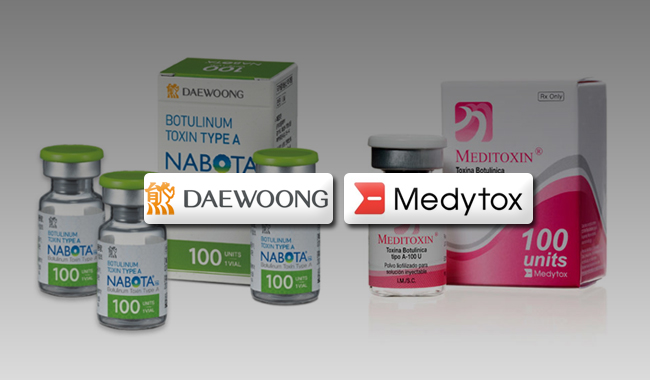 이미지 확대
The years-long court battle between Daewoong Pharmaceutical and Medytox over the origin of botulinum toxin (BTX) strain has cost the two Korean drug makers dearly in terms of money and reputation.

Medytox chief executive Jung Hyun-ho faces an arrest, while Daewoong Pharm has lost its face because of a fine slapped by the government for its non-cooperation in field investigations.

On Thursday, a local court postponed a session to determine the validity of an arrest warrant filed by prosecutors against Jung on charges of violating the pharmacist law and obstructing official duties by deception.

Medytox has been suspected of manipulating data on Meditoxin ingredients and experiments to gain permission for production from health authorities.

Meditoxin developed by Medytox was approved by the Food and Drug Administration in March 2006, but law enforcement launched investigations into the company upon receiving a tip from the Anti-Corruption and Civil Rights Commission that Medytox committed illegal acts in Meditoxin production. When the court recognizes the company’s illegality, Meditoxin approval can be revoked.

Daewoong Pharm is also in a difficult situation due to a 5 million won ($4,200) penalty from the government for its refusal to an administrative investigation into an allegation of the company’s technology infringement.

The government which received a report from Medytox in March last year requested Daewoong’s cooperation in its field investigation into Daewoong’s research lab in Gyeonggi launched on ground that the DNA sequence of registered botox strains from both companies are identical, and Daewoong’s botox formulation development period is significantly short.

Daewoong Pharm is also declining to reveal evaluation results that include the analysis of the strain sequence from the two in the ongoing International Trade Commission trial in the U.S., the government said.

Either of the two who lose the court battle will suffer a fatal setback after the ITC ruling which is expected to come out in the second half of this year, industry watchers say.

If Daewoong loses, it will face a big problem including its entry into the U.S. market. If Medytox loses, it cannot avoid civil and criminal responsibilities for its false allegations over the past four years.