SKC aims for commercial production of blank masks in 2020 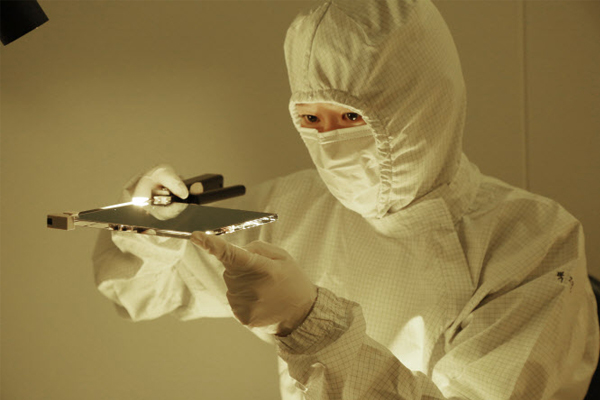 The company said on Thursday the prototype production was launched for customer evaluation, which could be followed by commercial production as early as this year.

SKC completed a high-end blank mask plant in the central city of Cheonan last December as part of its 43 billion won ($35 million) investment to localize key chip-making materials and equipment.

SKC said it is preparing for its second stage business model innovation around semiconductor, mobility, eco-friendly and display areas with a focus on advancing its semiconductor business and increasing localization rates in its Cheonan site.

The market is estimated to grow from 800 billion won in 2018 to 1.3 trillion won in 2025, a 7-ercent expansion per year, according to SKC. Two Japanese companies account for about 95 percent of this market and over 99 percent of the high-end sector.

By Choi Keun-do and Minu Kim