South Korea`s Hanmi Pharmaceutical is poised for further growth in China as it tries to diversify revenue into adult medicines beyond market leading products to treat gastrointestinal disorders and cold in children, the company said.

Its local entity Beijing Hanmi Pharmaceutical located in Shunyi District, Beijing grew 14 percent per year in sales over the past decade. Last year’s sales reached 1.5 billion yuan ($216.7 million) and the future outlook is strong. The company is adding production lines to meet increasing demands for its children medicines in China where new births come to 15 to 17 million a year after authorities relaxed the one-child policy in 2015.

Beijing Hanmi Pharmaceutical will soon triple the production of its kids cold medicine Itanjing to 180 million bottles a year, said chief executive Lim Hae-Ryong. The company is also targeting to enter the adult medicine market based on its success in medicines for children.

Medicines for children account for just 4.5 percent in the world’s second largest pharmaceutical market and the profit margin is low. The company is preparing to deliver steady profit growth by expanding its portfolio into adult medicines in respiratory and digestive areas, as well as hypertension and diabetes, Lim said.

To survive in China, Lim said, modified drugs, first generics and several candidate drugs should be in place. That is why the company increased R&D spending to 158 million yuan last year.

Beijing Hanmi Pharmaceutical, which aims to release three new products every year, covers R&D, production and marketing on its own. Out of its 1,323 employees, 800 are involved in marketing and sales, and 65 percent of its sales reps have a medical or pharmacological background.

The company is also well known for its strict quality management. A serial number on its product label shows when and where the product was made. A new nine-storied warehouse will open in April to automate shipment and delivery. Support from the Chinese government is instrumental to the company’s growth, Lim said. It has received a 10 percent corporate tax cut as a high-tech company and some 10 million yuan was subsidized to improve facilities. China provides extraordinary support to even foreign-invested companies if they are helpful to Chinese citizens, Lim emphasized. 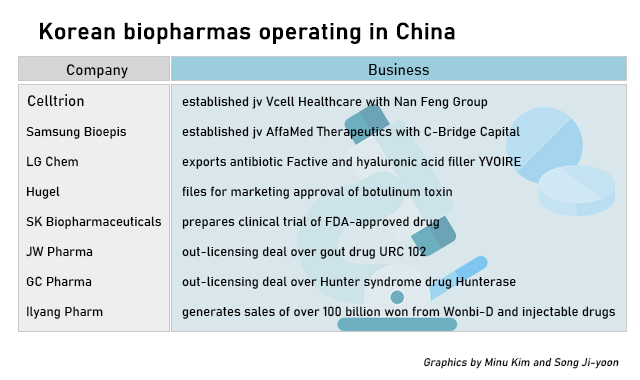