“We’re in the final stages of filing the application,” Kee Woosung, chief executive and vice chairman of Celltrion, said at a bio event held in Seoul on Monday. “We’ll be able to deliver some hopeful news soon.”

An emergency use authorization is a mechanism that allows drugs that are still in their clinical stages to be made available when there is a declared public health crisis, like the Covid-19 pandemic.

A decision needs to be made within 40 days from registration, meaning that Celltrion’s treatment, if granted approval, could be out as early as mid-January.

Kee said Celltrion has been working closely with its American counterparts to test the new coronavirus variant first identified in the U.K., and added that the CT-P59 has shown promising results in neutralizing new virus strains.

Kee stressed the importance of early diagnosis. “Patients that receive our treatment early on can avoid becoming seriously ill and can get treated when their conditions are still mild,” he said. 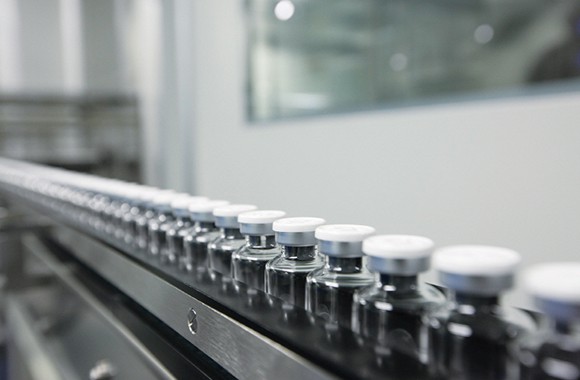 Celltrion last month completed the Phase 2 trial of the CT-P59 on 327 patients around the world, including Romania, Spain and the U.S. along with 40 patients at home. The Korean drugmaker has already made 100,000 doses of the Covid-19 treatment and is set to make treatments available for 1.5 million to 2 million people by next year.

Celltrion said its treatment would be sold without a margin in Korea but would be sold at its original cost overseas. It is still expected to be cheaper than those of its rivals Eli Lilly and Regeneron Pharmaceuticals, which have priced their treatment at around 4 million won ($3,651.97) to 4.5 million won.

The treatment has bigger margins than its mainstay biosimilars, which would significantly help boost its bottom line, Kee said.

Celltrion’s management on Monday banned its staff and their families from trading its three listed companies – Celltrion, Celltrion Healthcare and Celltrion Pharm – until the treatment gets regulatory clearance.

The move came after the drugmaker revealed in its regulatory guidance last Thursday that eight senior executives and relatives had sold off 30,000 company shares since November.

By Kim Byung-ho and Kim Hyo-jin