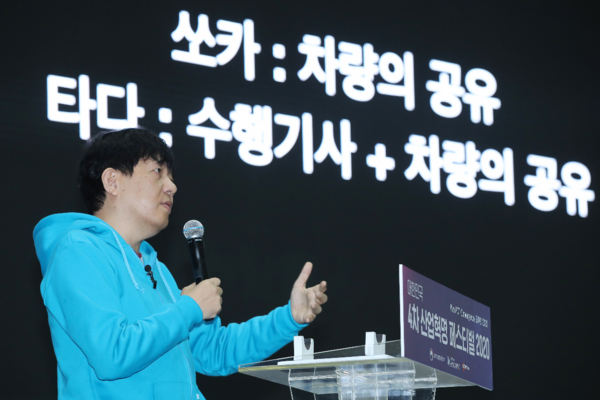 Lee Jae-woong, chief executive of car-sharing app operator SoCar, speaks during a conference on the fourth industrial revolution at the COEX center in Seoul on Dec. 18, 2019. [Photo by Yonhap]

South Korea’s largest car-sharing service provider SoCar has raised a total 51 billion won ($43.1 million) from a number of investors since December even after its van-hailing platform Tada failed to secure investment due to local regulation and legal setbacks late last year.

The company revealed on Wednesday that it has won 51 billion won worth investments from Korean private equity fund LB Private Equity and other investors since December. The last time the company secured funds was in January last year when it drew 50 billion won investment from four investors including Silicon Valley-based venture capital company Altos Ventures.

SoCar is expected to spend the new capital on upgrading its service quality and on research and development.

“The latest investment deal of SoCar has shown that there are still expectations for the growth of the Korean mobility market despite ongoing disputes between fledgling ride-sharing, van-hailing services and traditional mobility businesses like the taxi industry in Korea,” said an industry source. 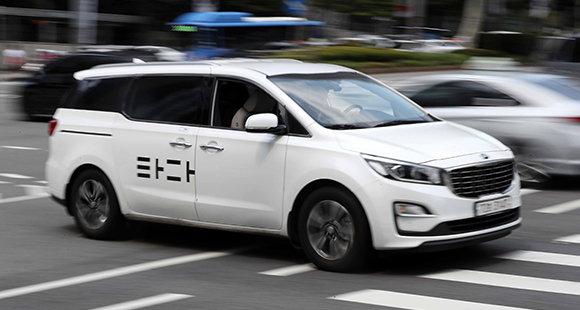 이미지 확대
SoCar succeeded in winning the fresh investments although the country’s young but largest rental van-hailing platform Tada, operated by Value Creators & Company (VCNC) under SoCar, failed to draw a $500 million investment from SoftBank Vision Fund in December. The investment in Tada was called off amid the rapid unfolding of events that have jeopardized the future of Korea’s sole surviving ride-hailing firm.

Uber and other ride-hailing players failed to take off in the country in the face of regulatory setbacks and fierce resistance from the die-hard taxi industry. Tada with 1.3 million subscribers and nearly 10,000 registered drivers also is on the verge of going down due to possible changes in local transportation law.

Korean lawmakers have proposed revising the country’s vehicle law to restrict passenger-carrying service on rental vans only to tour purposes amid strong opposition from the local taxi industry on Tada’s service.