The National Health Institute under the Korea Centers for Disease Control and Prevention (KCDC) announced Wednesday it has embarked on the research and development of a potential vaccine and cure for the fast-spreading conronavirus, hours after it posted success in isolating virus in the new contagious disease whose speed and fatality rate in China has been terrorizing the world.

The institute said it was budgeted 800 billion won ($674 million) for the project to develop broad-spectrum antivirals after the studying the genome sequences from infected patients.

Earlier in the day, KCDC announced its researchers cultured a sample extracted from the phlegm of a confirmed patient and confirmed the genetic strain of the virus, said the Korea Centers for Disease Control and Prevention (KCDC). 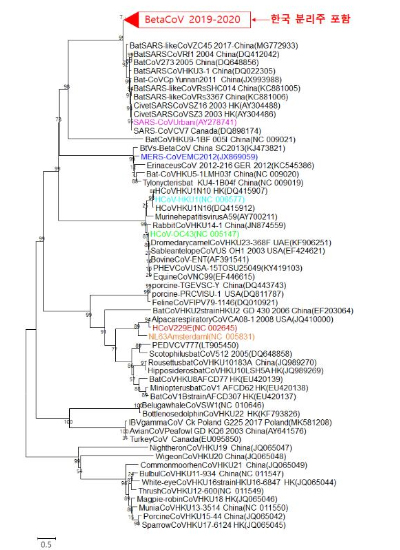 The genetic strain named BetaCoV/Korea/KCDC03/2020 showed a genome sequencing match rate of 99.5-99.9 percent with other samples of the virus isolated in other countries. And there was no significant gene mutation, the KCDC added.

The KCDC said it will share the findings with the global scientific community by posting the genetic makeup of the virus to the GISAID database of the World Health Organization.

KCDC Director Jung Eun-kyeong said the discovery is an essential asset for the development of diagnostic tests, treatments and vaccines and will be shared with related agencies and eligible organizations.