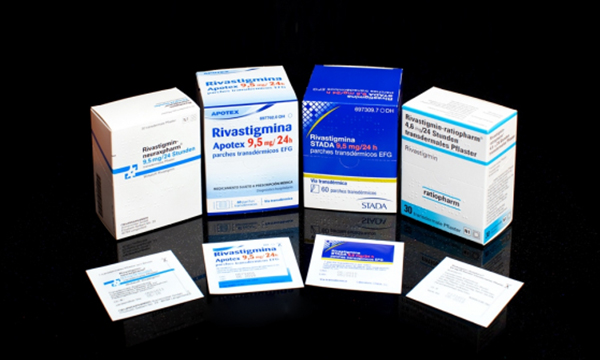 Shares of SK Chemicals Co., the chemical and pharmaceutical unit under South Korean conglomerate SK Group, flew high Wednesday on news that its patch-type dementia treatment was cleared by the U.S. Food and Drug Administration for sale in the world’s biggest drug market.

It is the first time for a Korean pharmaceutical firm to receive FDA approval of a self-developed dementia treatment patch.

SIDI710 – which contains rivastigmine – was developed independently by SK Chemicals in 2010. The drug aids patients with Alzheimer’s disease who mostly cannot remember to take their medicine and have trouble swallowing tablets to attach the patch on skin once a day to allow continuous delivery of the drug to the body.

The drug has already been approved in Europe in 2013, Australia in 2016, and Canada in 2018, and is available in 19 countries. SK Chemicals is currently seeking sales approval from countries Including Brazil and Saudi Arabia. In Korea, the treatment has been sold since 2014 under the brand Wondron patch.

A patch-type medication for Alzheimer’s disease was first successfully developed by multi-national pharmaceutical firm Novartis in 2007 but further development has been slow due to high technological barrier of transdermal delivery systems (TDS), a key technology that help deliver drug into the body through skin.

SK Chemicals successfully developed SID710 in 2010 based on its research and development experience involving Trast, world’s first patch for arthritis treatment in 1995.

In 2012, SK Chemicals’ patch-type dementia treatment drug earned approval in the European market as the first generic product. SID710 accounts for half of the generic drug market in Europe with same ingredient and shape.

Jeon Kwang-hyun, chief executive of SK Chemicals, said that the latest FDA approval of its patch-type dementia treatment gives further credence to the drug. The CEO added that it plans to enter other major countries in South America and Southeast Asia based on its global-level development capacity and license gaining ability.