Hugel eyes approvals to market botoxin products in US, China, Europe over next 3 yrs 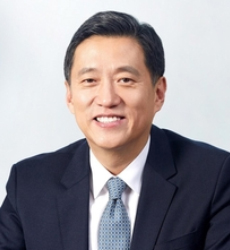 With the addition of three primary markets, overseas revenue will increase to 80 percent from current 50 percent, he said.

Hugel planned to apply for U.S. FDA approval in 2022 after finishing phase 3 clinical trials. But a positive response from the FDA can advance its plan by a year, said Son. Marketing in the U.S. could start as early as 2022 upon getting the administrative go-ahead. 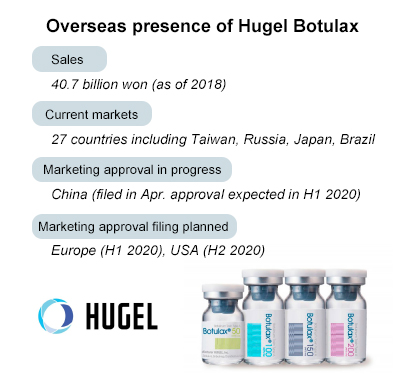 Hugel will commission local partners to distribute and sell its products in China and Europe, but it will directly control sales in the U.S. through Hugel America, a 7:3 joint venture established with Austrian partner Croma Pharma, Son said, with a focus on millennials who have growing interest in beauty and personal care.

It is essential for Hugel to explore overseas markets due to fierce competition from established and insurgent rivals.

이미지 확대
Hugel is also increasing domestic production capacity by building a third plant by 2023. Hugel has maintained market leadership for three years in terms of sales. Last year, Hugel`s domestic sales reached 53 billion won, about 15 percent higher than Meditox’s (46 billion won). For sales at the end of the third quarter, Hugel posted 45.3 billion won ahead of its rivals.