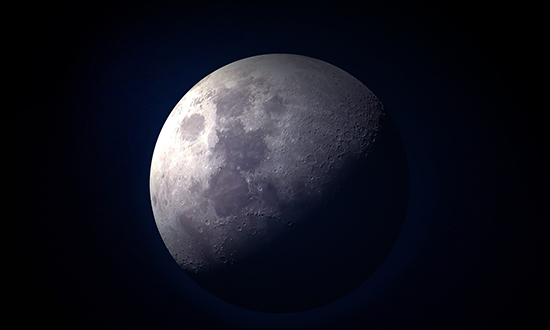 이미지 확대
South Korea has created an accurate simulation of the moon’s surface and local environment, which can serve essential needs in the development of new space exploration technology and testing of space equipment.

The so-called dusty thermal vacuum chamber (DTVC) combined with lunar soil is the first and biggest of its kind in the world, state-funded Korea Institute of Civil Engineering and Building Technology (KICT) said on Tuesday during its opening ceremony in Ilsan, Gyeonggi Province.

The cube-shaped simulator which measures 4.7x4.7x4.7 meters replicates the temperature, gravitational pull, and soil conditions where static electricity is charged with ultraviolet radiation.

Special equipment is used to recreate the moon’s surface temperatures which are extreme, ranging from boiling hot to freezing cold. The chamber’s air pressure is close to one 10-millionth of the atmospheric pressure to simulate the moon’s vacuum condition. 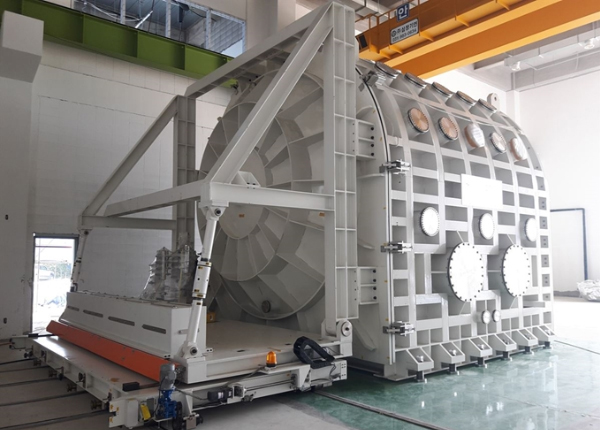 The KICT has also built a facility to produce artificial lunar soil with a capacity of up to 200kg a day. The lunar soil can be deposited up to 2m high inside the chamber to help test a rover that travels on the crater-strewn surface of the moon or train a robot designed to drill the surface, the institute said. The moon passes through part of Earth`s magnetosphere, causing static electricity to build up on the lunar surface and the resulting charge could short-circuit electronics of a rover.

The DTVC was unveiled while many companies outside Korea are trying to develop new and innovative experiment technologies to help power NASA’s new moon exploration after the U.S. announced that America would be returning astronauts to the moon in just 5 years time.

The KICT is planning to work together with NASA and European Space Agency to test exploration moon equipment being developed around the world, said Shin Hugh-sung, the institute’s future convergence research head.