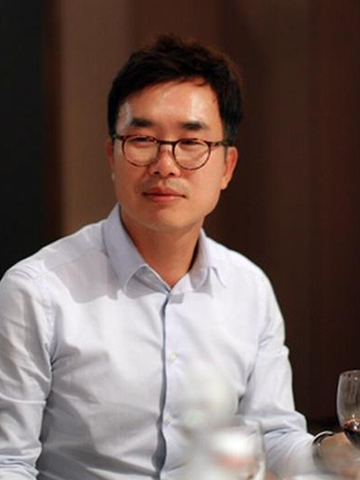 The company which owns Elevar Therapeutics, the original developer of rivoceranib, a small-molecule angiogenesis inhibitor in gastric cancer, also expects marketing approval could be granted sometime between October and December next year given the FDA’s customary review period.

HLB already held a pre-NDA meeting with the FDA on Oct. 24 after completing a global phase 3 clinical trial of the targeted anticancer drug in advanced or metastatic gastric/gastroesophageal junction cancer patients.

Its stock has been highflying, with its price more than quadrupling to 185,000 won ($159) on Oct. 24, from 44.750 won in Sept. 10. In October, it was the hottest stock with trade turnover averaging 11.5 trillion won in the month, ballooned from 1.15 trillion won in September. It became the most sought Korean stock so far this year after Samsung Electronics whose trade turnover reached 12.6 trillion won in January. In the last two weeks of October excepting Oct. 23 when the hot stock was suspended for a cool-off, it drew trade of 7.16 trillion won.

Elevar announced data from the ANGEL trial, a randomized phase 3 study of rivoceranib in patients with gastric or gastroesophageal junction cancer who have failed at least 2 prior lines of therapy at the European Society for Medical Oncology`s (ESMO) 2019 Congress late September. 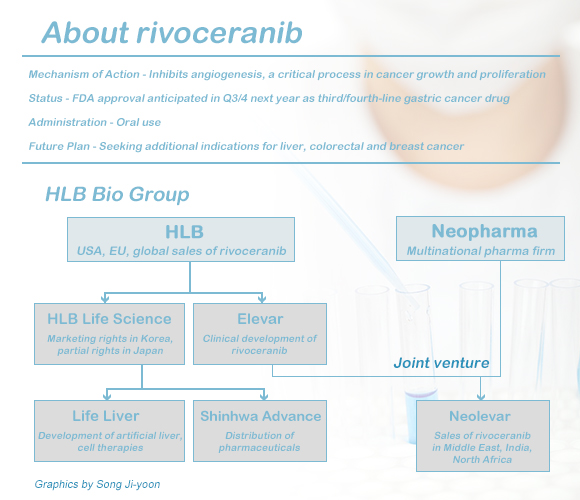 이미지 확대
Jin said HLB will complete its planned merger with the Salt Lake City, Utah-based company by mid-November. Elevar which will retain its name for U.S. operations will set up a 50:50 joint venture in UAE with Abu Dhabi-based pharmaceutical manufacturer Neopharma to establish a specific sales network for the drug.

Jin also said Elevar will continue clinical trials for other pipeline candidates simultaneously through open innovation while seeking to expand indications for rivoceranib to treat five types of cancer including colorectal cancer and lung cancer.

Rivoceranib acts by inhibiting angiogenesis, a process in cancer growth and proliferation. It was approved in China in 2014 where it is marketed under the name of apatinib by Chinese-territory license-holder Jiangsu Hengrui Medicine. Elevar holds the global rights ex-China.

Jin said HLB envisions a biopharma business model in reference to Gilead Sciences, adding the U.S. pharma firm has successfully built its base on new drug discovery and development after hitting the global market with its popular single product Tamiflu.

The chairman also said HLB is in talks with several Japanese partners to license out rivoceranib for the Japanese market.

Meanwhile, HLB said in a regulatory filing Monday its board approved a 180 billion won addition to its short-term lending, which accounts for 66.3 percent of its own capital. The latest borrowing will be used to fuel the planned tripartite merger between HLB, Elevar and HLB USA.