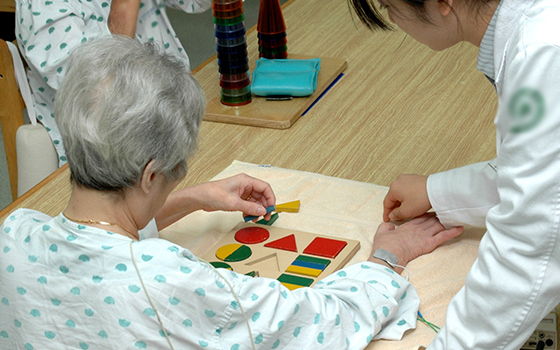 이미지 확대
A group of researchers in South Korea has developed a novel kit designed to identify Alzheimer’s disease simply from a drop of blood sample, the government said on Monday.

According to the Ministry of Science and ICT, a group of researchers led by Kim Myeong-ok, professor of life science and applied life science at Gyeongsang National University, has developed a novel kit for early diagnosis of Alzheimer’s disease, which detects biomarkers related to the chronic illness in blood. The related study has been published in an online academic journal Scientific Reports dated September 12.

According to the Korean research team, Alzheimer’s disease is responsible for more than 70 percent of all cases of dementia. Until now, the disease was diagnosed through positron emission tomography (PED) or cognitive ability tests. There have been limits, however, as to early treatment of the disease as such method allowed diagnosis only after progress in illness.

The latest kit developed by the research team detects biomarkers related to Alzheimer’s disease with a drop of blood. The kit helps detect one or more biomarkers related to the progressive neurodegenerative disease. The diagnosis is also possible through sweat and saliva, researchers said. 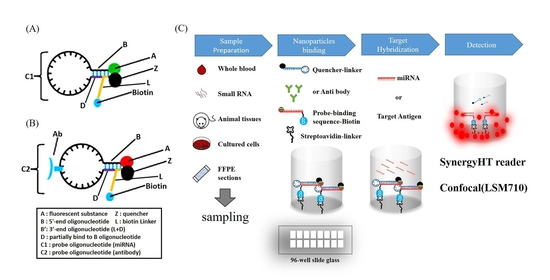 An image showing development of fluorescent nanoparticle kit and application of nanoparticles. [Provided by Ministry of Science and ICT]

Technologies in the kit, meanwhile, have been transferred to a private enterprise for clinical test with a product commercialization goal by the end of this year.

The research team said that the novel kit utilizes various antigens and miRNA biomarkers, which enhances diagnostic accuracy and objectivity. It also helps diagnose Alzheimer’s disease at an early stage when cognitive dysfunction or symptoms do not appear, allowing better outcome for Alzheimer’s treatment.

By Won Ho-sup and Lee Eun-joo