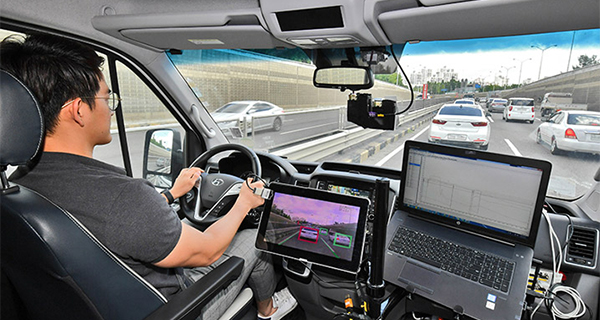 Hyundai Mobis, South Korea’s largest auto parts maker under Hyundai Motor Group, said on Tuesday it will start to mass produce its advanced anti-collision sensors for trucks and other commercial vehicles in September.

Those sensors include mid-range front-facing radar and camera sensors originally developed for autonomous driving, and the company said the adoption of these safety features will help commercial vehicle manufacturers respond to stricter safety rules in a preemptive manner.

Hyundai Mobis developed the key hardware and algorithms for those radar and camera sensors with its proprietary technologies. These sensors constitute the Forward Collision-Avoidance Assist (FCA) system to detect and calculate a safe distance from a preceding vehicle and forcibly reduce car speed in a risky situation.

Hyundai Mobis is ramping up efforts to bolster of its pipeline for safety and convenience-related components applicable to both passenger and commercial vehicles in line with the commercial reality of self-driving cars. Another focus is technology enablers for unmanned cargo trucks in the logistics sector to be aligned with a 5G-based vehicle control system. The company said its R&D projects seek excellence in quality, reliability and price to raise its competitive edge in the global commercial vehicle market.

Hyundai Mobis recently added a driver state warning (DSW) system to its lineup of product offerings. The system uses an infrared camera to detect drowsy driving, lack of attention behind the wheel and increased fatigue of the driver, helping to avoid a frontal collision.

By Moon Ji-woong and Minu Kim