It represents the fourth FDA-approved biosimilar in the portfolio of Samsung Bioepis, following Renflexis (infliximab), Ontruzant (trastuzumab) and Eticovo (etanercept).

The marketing approval for Hadlima was granted about 12 months after the U.S. health authorities began a review of NDA documents submitted by the South Korean pharmaceutical firm last July. 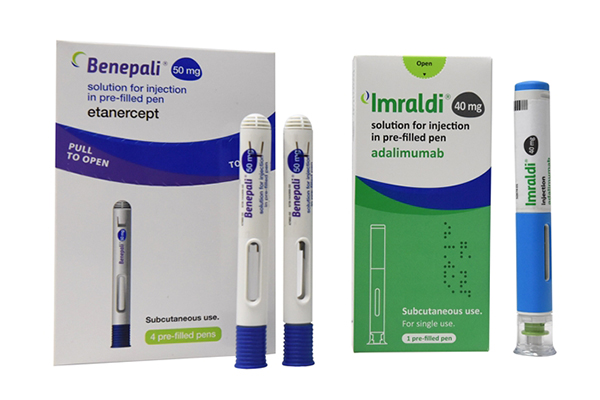 이미지 확대
But a commercial launch of the drug is expected only after 2023 due to its patent-related agreement with the original adalimumab developer.

Hadlima can be used for the same indications approved for Humira for the treatment of diseases, including rheumatoid arthritis, ulcerative colitis, ankylosing spondylitis and psoriasis. Humira is the world’s best-selling biologic with revenue of $19.93 billion last year alone.

Samsung Bioepis already generated more than 400 billion won ($340 million) in the first half of this year from its three biosimilars launched across Europe, according to its distributing partner Biogen.