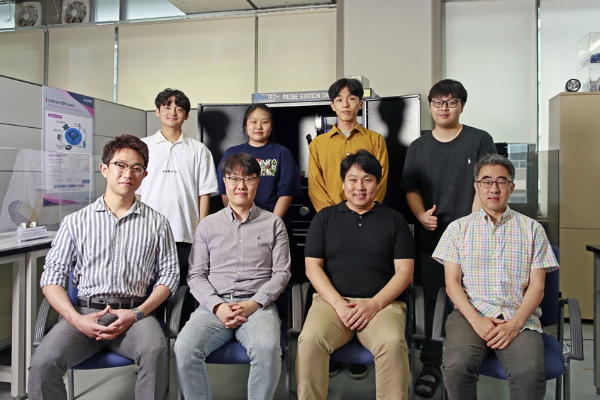 A South Korean research team has successfully demonstrated an energy-efficient ternary metal-oxide semiconductor on a large-sized wafer for the first time in the world, according to Samsung Electronics on Wednesday.

The study was published in scientific journal Nature Electronics on Monday. Samsung Electronics has supported the research since September 2017 via its research grant program worth 1.5 trillion won ($1.27 billion) launched in 2013.

The research team led by Prof. Kim Kyung-rok at UNIST`s Electrical & Computer Engineering Department, created a ternary logic system on the surface of a large-sized wafer under the current binary chip making process.

The new semiconductor technology could be a paradigm shifter that affects artificial intelligence, autonomous vehicles and other high-tech applications after commercialization which the research team sees will take about five years.

Using the ternary system of 0, 1, 2 reduces the amount of information that needs to be processed by a semiconductor chip. For example, to express the number 128, only 5 trits (ternary unit) is required instead of 8 bits (binary unit) in the current binary system. This makes processing faster, leading to less power consumption and additional miniaturization of chips.

Samsung’s science and research foundation has offered 682.6 billion won worth of grants to 532 promising research projects over the past decade.