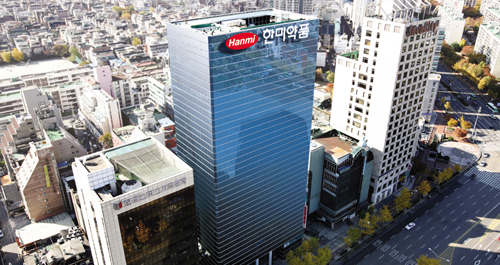 이미지 확대
Hanmi Pharm shares crashed more than 27 percent Thursday on panicky selling after it disclosed that Janssen Pharmaceuticals had called off and returned out-licensing deal to the Korean drug maker on its candidate molecule to treat patients with diabetes and obesity, a third setback in its multimillion-dollar deals that raised doubts about future pipeline .

The Belgium-based pharmaceutical company under the global name Johnson & Johnson signed a license agreement on Hanmi’s investigational drug HM12525A in November 2015 for which the South Korean partner received $105 million as a non-refundable upfront. The agreement entitled Hanmi to potential milestone payments of up to $810 million plus royalties on future sales.

According to Hanmi Pharm, HM12525A met primary endpoints of weight reduction in Janssen’s phase 2 clinical program in obese patients randomized into two arms; those with or without type 2 diabetes. But the drug failed to meet internal goals in glycemic control in the diabetes arm.

Despite the phase 2 trial failure, Hanmi Pharm said it will continue its clinical development of HM12525A with a follow-up study on glycemic control in obese patients as the drug demonstrated significant weight reduction.

The latest right return represents a third setback to Hanmi in its out-licensing agreements with multinational pharmaceutical companies. In 2016, Boehringer Ingelheim of Germany returned licensing rights to Hanmi’s lung cancer candidate olmutinib, ending a year-long collaboration that could have generated up to $730 million for Hanmi.

In January 2019, Lilly canceled licensing rights for Hanmi’s tyrosine kinase inhibitor, which could have led to a total of $690 million in upfront and milestone payments.

Shares of Kospi-listed Hanmi Pharm tumbled 27.3 percent to close Thursday at 301,500 won. But some analysts noted the skepticism about the drug and the company’s future pipeline was over-hyped.

“The drug passed two clinical phases, although Janseen had been doubtful about the marketability,” said Hong Ga-hye, analyst at Daishin Securities who did not think the setback would affect other drugs under tests.

NH Investment & Securities maintained “buy” in the stock and target price at 530,000 won as the drug still has potential to surprise the market with novel drugs.