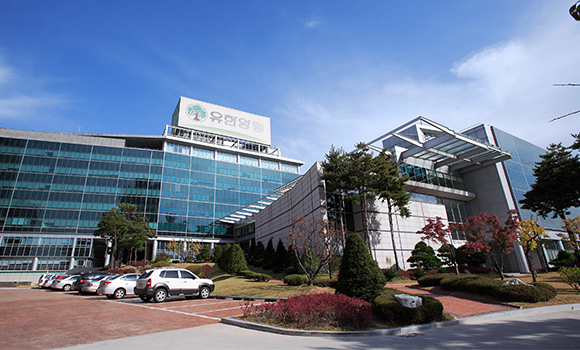 이미지 확대
South Korea’s Yuhan Corporation said in a regulatory filing on Monday that it has signed a deal worth up to $870 million with Germany’s Boehringer Ingelheim over its therapy to treat nonalcoholic steatohepatitis or NASH.

NASH is a liver disease characterized by an accumulation of fat along with inflammation and degeneration of hepatocytes, often progressing to liver cancer. There is no available cure of this disease.

Under the deal, Yuhan will receive $40 million in down payment and $830 million in milestone payments plus royalties based on net sales. Yuhan said it will pay 5 percent of total deal value to Genexine, a Korean biotech firm whose patented antibody convergence (hybrid Fc) technology was used in the development of Yuhan’s NASH drug codenamed YH25724.