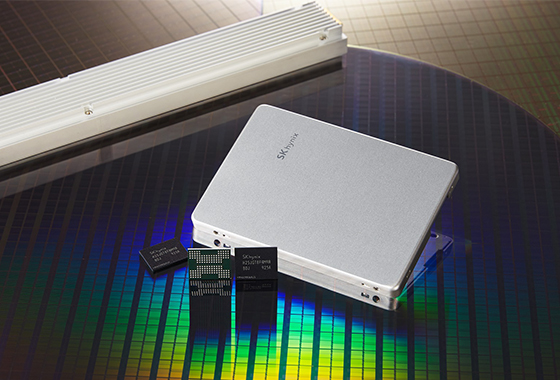 The milestone was achieved in just eight months since it announced the world’s first 96-layer 512 Gb (gigabit) 4D flash in October last year. As with the 96-layer, the 128-layer chips are based on triple level cell (TLC) arrays with 40 percent greater bit productivity per wafer.

Shares of SK Hynix long battered by negative news for the industry gained 3 percent on the technology breakthrough.

The product, in particular, offers the industry’s highest density of 1Tb for TLC NAND flash. In the past, a number of companies including SK Hynix has developed 1 Tb quadruple level cell (QLC) NAND flash in 96 layer form, but SK Hynix is the first in the industry to commercialize 1Tb TLC NAND flash.

SK Hynix said that it was able to develop the high density NAND as it took advantage of its small chip size.

4D NAND flash, meanwhile, is an innovative product developed for the first time in the world by SK Hynix in October, last year, combining charge trap flash (CTF) and periphery under cell (PUC) technologies. It integrates existing 3D CTF technology and PUC technology that stacks circuits under the cell. The new product is compared to how an outdoor parking lot has been transformed into an underground parking lot, allowing more space efficiency.

The new 128-layer 1Tb 4D NAND flash has increased bit productivity per wafer by 40 percent compared to the previous 96-layer one. Applying PUC to the same product also increases productivity by 15 percent or more, the company said.

SK Hynix plans to sell mass-produced 128-layer 4D NAND flash from the second half of this year and offer various solutions.

Oh Jong-hoon, executive vice president at SK Hynix, said that the development of 128-layer 4D NAND flash has allowed the company to secure fundamental competitiveness of its NAND business and that it plans to provide customers with a variety of solutions at the right time with the industry’s best stacking and density capacity.

By Hwang Soon-min and Lee Eun-joo