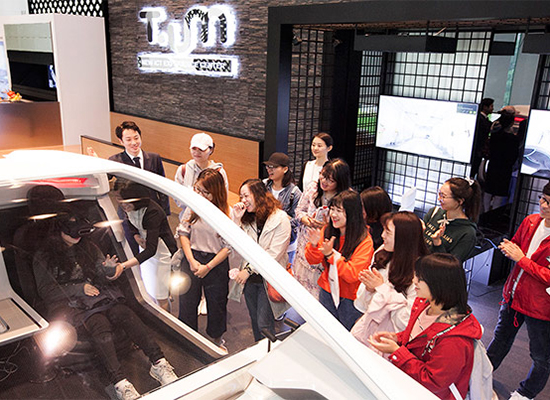 T.um, Korea`s largest telecom company SK Telecom`s future technology museum, has become a must-visit for foreigners and local citizens who want to know what the future of ICT technology holds.

The cumulative turnout of the tech experience center surpassed 100,000 people on Monday since its opening in 2008, the company announced in a statement on Tuesday. More than 40 percent of them were government, business and academia representatives from 180 countries.

The 1,700-square meter exhibition area located in the company’s Seoul headquarters at Euljiro 2-ga, Jung-gu is a must-see for visiting foreign government leaders. Chilean President Sebastian Pinera accompanied by his ministers and senior officials was the latest head of state who toured the site. 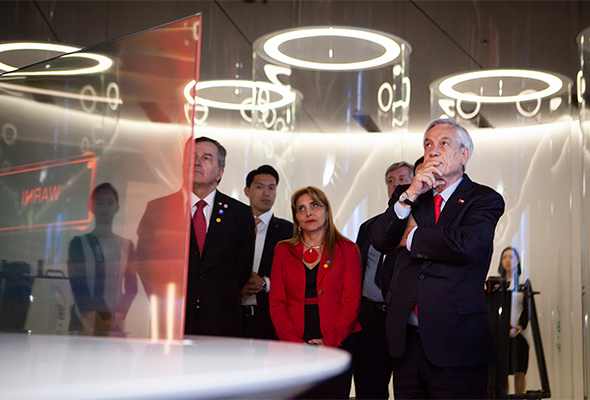 During a state visit to South Korea on Monday, his team spent one hour at T.um experiencing a universe and global environment monitoring system backed by super-speed networking and artificial intelligence technology for a future city in 2047, a disaster relief system using drones and augmented reality and a holographic video conferencing system.

In 2010, the center welcomed members of the Club de Madrid, a non-profit organization consisting of some 70 former presidents and prime ministers from 50 countries, where visiting John Kufuor, former Ghanaian president, was quoted as saying T.um was like a magic, hoping to see such technology in Africa, too.

Foxconn Chairman Terry Gou of Taiwan was also inspired by T.um after his visit together with key executives in Seoul.

Other dignitaries and ICT business leaders who visited the site included the heads of China Mobile and Alcatel Lucent, France Telecom and Deutsche Telekom.

In 2013, CNN introduced T.um first in its report titled “10 things South Korea does better than anywhere else” in which it said crazy displays of technology already in place but not yet distributed can be seen at T.um. In April of the same year, journalists from 76 countries who visited Seoul for a world journalism conference stopped by T.um to enjoy cutting-edge ICT technology.