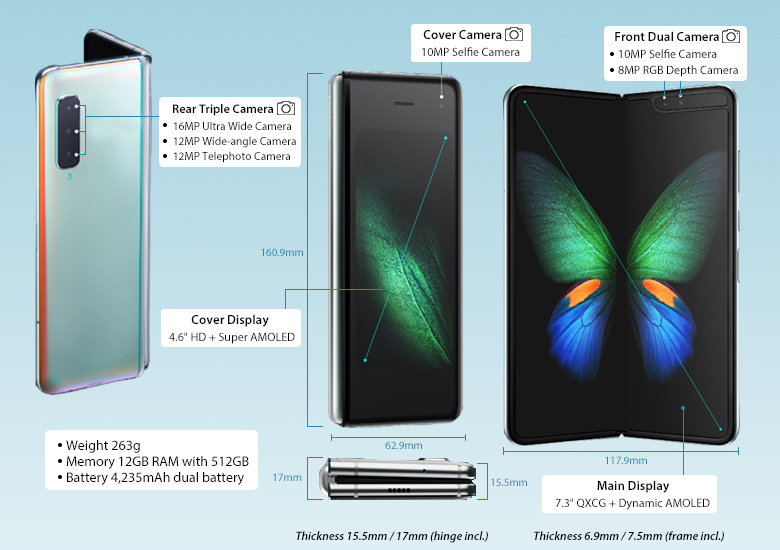 Samsung Electronics has unveiled the specifications of its upcoming Galaxy Fold that brings together the best of the smartphone and tablet experiences, folding them into one device.

According to the company’s newsroom feed on Tuesday, Samsung’s first foldable smartphone is 15.5-17 millimeters thick when folded with a gap of about 1.5 millimeters, and 6.9-7.5 millimeters (including the frame) thick when unfolded. It weighs 263 grams. It is slightly thicker, up to 6 millimeters, but 32 grams lighter than Huawei’s upcoming foldable phone Mate X.

The Galaxy Fold is due to hit the market on Apr. 26 in the U.S., and possibly early next month in Korea with a 5G modem chip.

Immediate media reports gave high scores on the device’s design completeness, but a relatively small cover display and a high retail price of $1,980 were pointed out as drawbacks. The much-disputed screen crease in the middle of the Fold’s flexible screen caused less of an eyesore.

Consumer attention still runs high as pre-orders were completely sold out in 24 hours in the U.S.