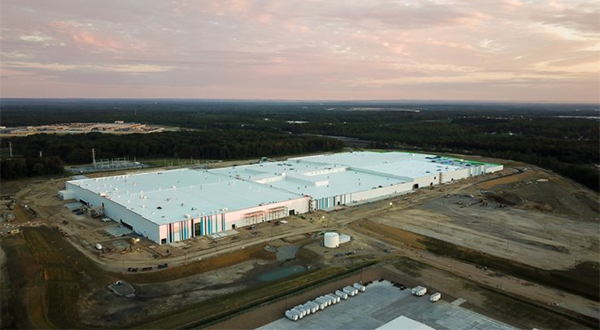 LG Energy Solution Ltd. and General Motors Co. may not proceed on a venture to build a fourth electric vehicle battery factory in the U.S., according to industry sources on Sunday.

The industry is waiting to see whether SK on Co.’s recent withdrawal from its partnership with Ford Motor Co. will affect the latest venture between LG Energy and GM. Growing demand for electric vehicle batteries and need to diversify customer base may be affecting the decision at the companies.

GM reportedly is seeking a fourth U.S. battery cell manufacturing plant, potentially with partners other than LG Energy Solution. Earlier on Friday, the Wall Street Journal reported that the two companies had seen no progress in their discussions on the fourth U.S. battery plant, citing local sources. The two were not able to move forward, as LG Energy Solution was lukewarm on new investment in the U.S., according the newspaper.

Since the establishment of their joint venture Ultium Cells LLC to make EV battery cells in 2019, LG Energy Solution and GM have agreed on investing in three U.S. battery cell manufacturing plants. The carmaker’s need to secure EV battery cell supplies and the battery maker’s need to top the U.S. market went hand-in-hand. Their fourth U.S. plant was initially announced by GM Chief Executive Officer Mary Barra in February, during the automaker’s fourth quarter earnings conference call. Barra said that the company will unveil the location of their fourth U.S. plant sometime during the first half, but no actual progress had been made last year.

“GM sought to secure its battery supply by announcing the fourth plant, but LG Energy Solution has never made an official announcement,” one industry source said. “Progress may not have been made as LG Energy Solution, which has successfully diversified its customer base, now holds the power in negotiations,” the source said. Last year, the battery maker announced a series of joint ventures with global automakers, including Honda Motor Co. and Stellantis N.V.

Industry insiders assume that the U.S. automaker and the Korean battery maker are in a power struggle. Some say that LG Energy Solution has no advantages on focusing its partnerships solely on GM. LG Energy Solution said discussions on Ultium Cells’ fourth plant are still ongoing.