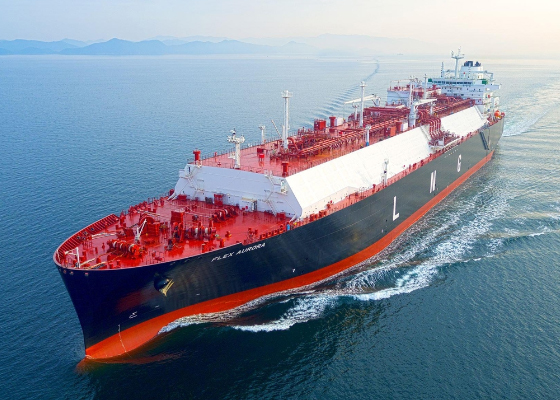 South Korean shipbuilders have scooped nearly eight out of 10 global orders for new liquefied natural gas (LNG) carriers, and the order book is expected to get fatter with the industry’s largest Korea Shipbuilding & Offshore Engineering (KSOE) adding near 2 trillion won ($1.5 billion) orders for LNG tankers related to a massive project in Qatar.

According to global market researcher Clarksons Research on Tuesday, Korean shipyards commanded 47 percent of entire global shipbuilding orders in the first seven months of this year by drawing 204 vessels or 11.13 million compensated gross tonnage (CGT) out of 23.68 million CGT new orders placed globally. China was behind Korea with 10.07 million CGT or 42 percent.

Korean shipbuilders won almost all LNG ship orders placed from around the world in the past seven months, during which a total of 103 LNG vessels (in 140,000 cubic meters and above) were ordered globally, the highest level since Clarksons began data compilation in 2000.

On Wednesday, KSOE announced it was consigned with seven 174-cubic-meter LNG tanker orders worth 1.96 trillion won from an unnamed Asian ship owner. Although it did not detail the ship owner, the order is believed to be related to Qatar project.

KSOE is speculated to have already won 17 orders related to the Qatar slot. So far in the year, it won 41 orders for LNG carriers, the largest in the industry for the third year after 26 count in 2021 and 21 in 2020.

The shipbuilding holding company for Hyundai shipyards has overachieved its annual goal of $17.44 billion with its order book already at 161 vessels worth $19.29 billion.

Demand for LNG carriers is expected to remain strong going forward as LNG demand has spiked around the world amid high energy costs fueled by Russia’s war in Ukraine, according to a report from the Export-Import Bank of Korea.

The newbuilding price for the benchmark 174,000-cubic-meter LNG ship gained 2.2 percent to $236 million from $231 million over the past month, with the Clarksons Newbuilding Price Index in positive territory for 20 consecutive months since December 2020.

Korean shipbuilders’ dockyard space is booked at least until the next two to three years with unfilled orders reaching 930,000 CGT, up 3 percent over the past month. The figure rose 0.5 percent to 510,000 CGT globally in the same period.

By Moon Gwang-min and Minu Kim