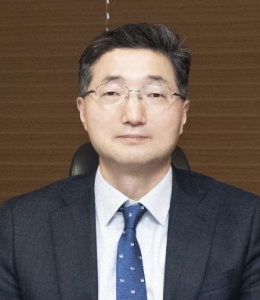 “The priority of monetary policy should be to prevent expected inflation rate from broadening or lengthening,” said Lee Seung-heon, BOK deputy governor in a seminar on the BOK role amid changing environment hosted by the 21st Century Financial Vision Forum.

Inflationary buildup will persist due to prolonged war between Russia and Ukraine.

The BOK raised the base rate five times since last August, helping to keep the expected inflation rate relatively low compared to other countries, he said.

But with price gains spilling over across the board, price instability could last longer, he said.

이미지 확대
In latest data, the producer price index (PPI) that can be a harbinger for consumer prices in months later rose for the fifth straight month in May amid higher prices of industrial goods and services.

According to BOK data published on Thursday, PPI gained 0.5 percent on month and 9.2 percent on year. Prices of agricultural goods fell 1.7 percent on month in May and fisheries 0.3 percent but those of livestock products jumped 6.9 percent. Prices of industrial goods including coal and petroleum products also jumped 0.8 percent and services 0.4 percent. 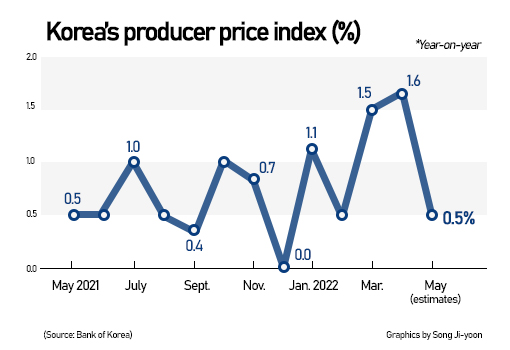 이미지 확대
The overall jump was also led by a surge in prices in restaurant and accommodation sector (0.9 percent) amid increased demand following lift in social distancing rules and those in transportation sector (1.0 percent).