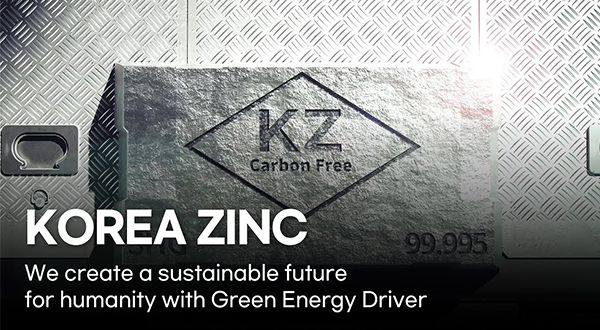 The company and Trafigura, a global commodity trading and logistics firm, will launch a JV in nickel smelting, a key material for batteries, the company said. Trafigura is the world’s major trading firm in commodities, including crude oil, metals, and minerals. Its annual revenue is around 300 trillion won.

Through its stock swap deal with LG Chem, the two sides will enhance their joint exploration of metals that can be used in manufacturing cathode materials, a key component for lithium-ion batteries.

Market observers also perceive the complicate investment structure aimed to separate from parent, Young Poong Group. Non-ferrous metals manufacturer Korea Zinc was founded in 1949 by Chang Byeong-hee and Choi Ki-ho. Since then, the Choi descendants have been running Korea Zinc with other non-ferrous metal business units, while the Chang family have been managing the overall group affais and electronics units.

After Chang family continued expanding their holdings n Korea Zinc, Choi family have been upping the ante in defending ownership in the non-ferrous business.

By Seo Jin-woo and Jenny Lee