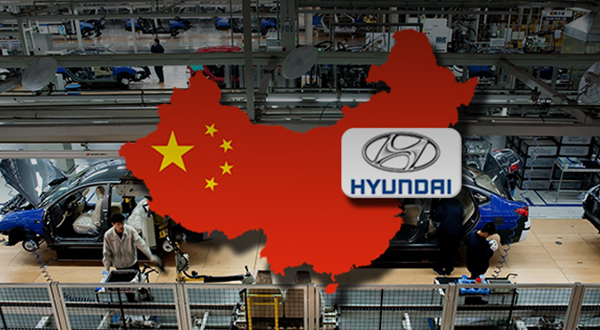 이미지 확대
Hyundai Motor Group has put its second Beijing factory up for sale as part of its wider efforts to realign its China strategy by shifting focus to electric vehicles and luxury lineup to make a turnaround in the world’s biggest car market after years of sluggish sales.

South Korea’s top automaker is in talks with potential buyers to sell the site of the No.2 Beijing plant that produces Sonata, Avante and Tucson SUV, according to sources familiar with the matter. Hyundai is reportedly in talks with several EV makers in China for its second plant, including Xiaomi which has jumped into the EV market with its EV subsidiary Xiaomi EV set up last month.

Its first Beijing plant is in the final stage of sale to Chines EV startup Li Xiang.

The plants’ sale comes as the group has been mired in mounting losses in China due to the lingering impact of the political tensions between Seoul and Beijing since the deployment of an advanced U.S. missile defense system, THAAD, in 2016.

Hyundai lost further ground due to the surging demand for cheaper Chinese local brands and luxury models from European car makers in the country. Last year, it sold about 660,000 units in China, less than half of 1.79 million units sold in 2016, resulting in 2 trillion won ($1.72 billion) in loss. Its market share plunged to 3.5 percent in the world’s biggest auto market.

The company is said to be mulling sale of another plant in Changzhou in October next year as it failed to gain approval for adding EV production lines in the factory, according to sources. The Korean auto giant has operated five passenger car manufacturing plants in China since it entered the market.

Hyundai Motor Group maintained it is not entirely giving up on the world’s largest automobile market with yearly sales of 25 million cars. The group is mapping out new strategies to regain past glory by focusing more on SUVs and luxury brands and introducing various zero-emission models such as Nexo, Ionic 5 and Genesis G80.