Namyang chief resigns over false yogurt claim, vows not to hand down management 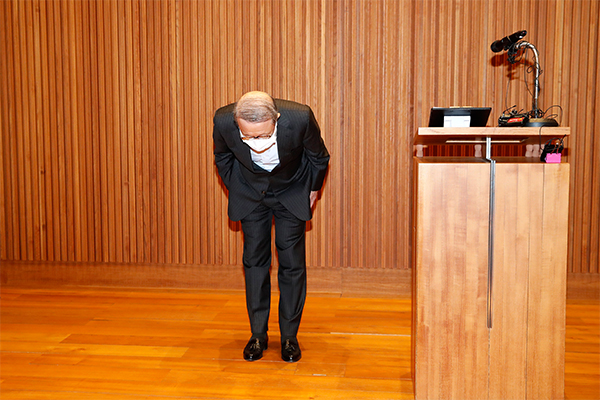 In a teary mea culpa, Hong Won-sik, chairman of scandal-ridden Namyang Dairy Products Co., on Tuesday offered to resign for causing controversy over the effectiveness of its yogurt product in containing Covid-19 and vowed not to hand down management to his children.

“I am stepping down from the chair position at Namyang Daily Products to take full responsibility for all the controversies,” Hong said in a press conference at company headquarters in southern Seoul.

The 71-year-old chief of once-dominant dairy company deeply bowed to publicly apologize to “the people, employees, wholesalers, and milk farmers for the disappointment over the Bulgaris controversy during hard times from Covid-19.”

CEO Lee Kwang-bum had offered to resign on the previous day.

Hong and his family members command the 57-year-old company with a combined stake of 53.8 percent. Hong is the eldest son of Namyang founder Hong Doo-young. 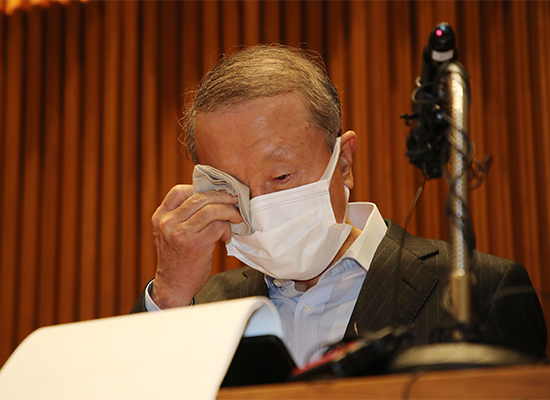 He pledged not to hand down management to his children to remove the owner risk from the company. His son Hong Jin-seok, managing director at Namyang Daily, is liable to the latest hype over yogurt ruckus and suspected of using corporate money to buy luxury cars for personal indulgence

He apologized for other number of controversies that impaired the dairy producer’s name and rank to the No. 2 due to consumer boycott over badmouthing and dumping products to wholesalers to force sale plus the scandals of his troublemaking niece Hwang Ha Na indicted for multiple drug use.

“I plead the people to put faith back in Namyang as employees will do their best to revamp the company,” Hong said.

The company faced administrative penalty and criminal investigation for hyping mainstay yogurt Bulgaris has 77.8 percent anti-Covid-19 effect without conducting animal or human clinical trials in a press-invited corporate symposium that led to surge in the sales and stock price.

The Ministry of Food and Drug Safety slapped a two-month suspension and filed criminal investigation against the company for violating the Food Labeling and Advertisement Law.

By Kang Min-ho and Lee Eun-joo