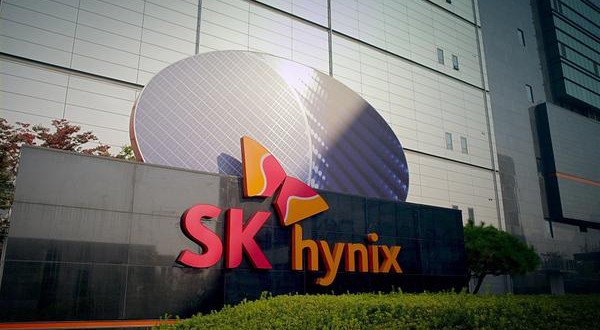 South Korean chipmaker SK Hynix Inc. is heading towards new stock peak on strengthening in the prices of DRAM that makes up 70 percent of its revenue.

Shares of SK Hynix finished Tuesday 1.5 percent up at 138,500 won upon testing the historic ceiling of 140,000 won after Jan. 11. Its market value reached 100.8 trillion won as the stock gained 13 percent from the beginning of the month.

The buying spree renewed after a breather since mid-January due to strengthening in spot DRAM prices.

The price of 8-gigabyte DDR4 DRAM memory chips averaged $4.5 as of Monday, hitting $4 for the first time since April 2019 thanks to increased PC demand from virus-led stay-at-home environment, according to market research firm DRAMeXchange.

The NAND flash memory business that takes up 20 percent of SK Hynix’s revenue is also expected to rebound from the second quarter.

SK Hynix’s operating profit is expected to reach 1.14 trillion won in the first three months, which would be 43 percent higher from a year ago, according to estimates compiled by Seoul-based financial data provider FnGuide. Estimated revenue also is projected to grow 8.5 percent to 7.81 trillion won.

For full 2021, the company is forecast to achieve an operating profit of 9.99 trillion won, nearly doubled from last year, with sales up 18.8 percent to 37.91 trillion won.

Securities firms recently have revised up the company’s stock price target to 160,000 won.