The shipment would be the finished car maker’s first export in fuel solution instead of hydrogen-powered vehicles.

The system’s export is expected to expand substantially starting 2022 after the partnering European firms complete a year-long performance test for the system, according to the Ministry of Trade, Industry and Energy. 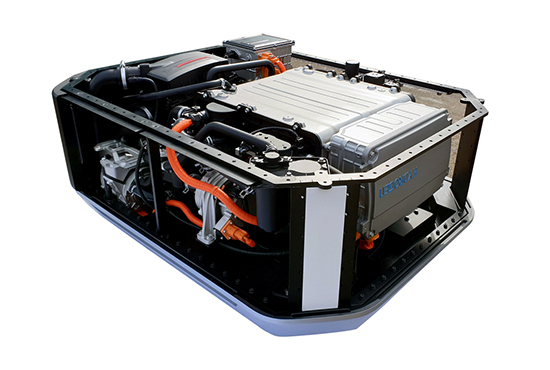 The latest export was made after the European Commission unveiled its hydrogen strategy in July to explore the feasibility of hydrogen as clean energy that could help reduce the EU economy’s carbon emissions and make the EU climate-neutral by 2050.

Hyundai Motor, who established the world’s first production line for hydrogen trucks and shipped 10 units of the truck to Switzerland, expects partnership with the two European companies will help it further cement its lead in the hydrogen business in Europe, the advanced market for green energy.

The Korean automaker now is in talks with around 20 buyers and aims to expand its sales network to the United States and China.

Hyundai Motor Group’s de facto head Chung Euisun emphasized its vision in pioneering the global hydrogen vehicle marker in July, saying “power generation using hydrogen will grow to a key industry for future as the hydrogen fuel cell system can be used for urban jets, ships, trains, military and buildings, in almost every sector for daily lives and even military uses.”