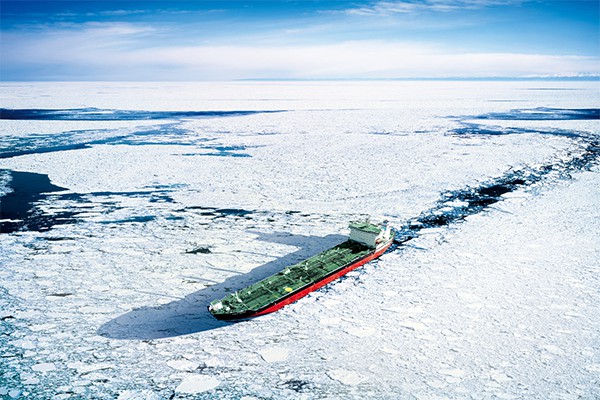 According to sources from the shipbuilding industry on Monday, Russia’s Zvezda Shipyard recently won an order for 10 units of icebreaking LNG tankers worth 3.6 trillion won from the country’s top natural gas producer Novatek for Russia’s Arctic LNG2 project.

Given the fact that Samsung Heavy last November was commissioned by Zvezda as a technology partner to build five icebreaking LNG tankers, worth 1.78 trillion won, that were initially given to the Russian shipbuilder by Novatek, it is highly expected that the Korean shipbuilder would again take Zvezda’s latest order to build 10 units of icebreaking LNG tankers for Novatek.

If Samsung Heavy wins the latest order again from Zvezda, it would be the largest shipbuilding deal of the year and first order for LNG carriers in Korea. This is also expected to open up new opportunities for domestic shipbuilders to win additional orders for large-scale LNG projects, industry observers said.

In September last year, Samsung Heavy set up a joint venture with Zvezda to provide technical skills and assistance in designing and building shuttle tankers. Icebreakers are required to pass through thick ice in the Northern Sea Route to serve the Arctic LNG2 project, Russia’s major natural gas project.

Novatek earlier decided to order 15 units of icebreaking LNG tankers to Zvezda, and already placed an order in November last year for five such ships which Samsung Heavy netted for 1.78 trillion won. The latest order was for the remaining 10 vessels.

It would also significantly improve Samsung Heavy’s order volume for this year that is hit hard by Covid-19. The shipbuilder has secured $700 million worth order so far this year, just 8 percent of its target of $8.4 billion. The deal, if finalized, should help the company achieve 45 percent of the target.

Other domestic shipbuilders are also expected to receive windfall gains. Some sources said Daewoo Shipbuilding & Marine Engineering (DSME) is likely to at least half of the second round of orders for 10 LNG tankers for the Arctic LNG2 project. The deal is estimated at 1.8 trillion won.