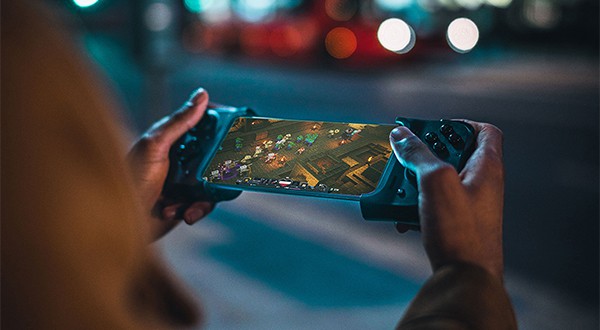 Cloud-based gaming service has become the new battleground for Korean wireless carriers, who are at the forefront of 5G-based contents.

The top wireless carrier is the exclusive operating partner of Microsoft’s cloud gaming service in Korea. It first teamed up with the U.S. firm in September 2019 to deliver 5G-based cloud gaming and has tested the service in the country since October.

For a monthly fee of 16,700 won ($14), subscribers to XBox Game Pass Ultimate can have access to more than 100 popular games, including “Minecraft Dungeons” and “Halo: The Master Chief Collection.” XBox Live Gold, a service that allows online multiplayer gaming, would also be made available soon.

LG Uplus Corp. was the first to test out cloud gaming service in Korea. With Nvidia, it launched the beta service of the world’s first 5G-based cloud gaming service, GeForce NOW, in September 2019 and rolled out the official version in April. In late May, it started supporting the IPTV set-top box for its gaming service, offering more screens than any of its domestic rivals. It also has the most games in its catalog, more than 300, including Pearl Abyss’ “Black Desert.”

The basic service is free for LG Uplus 5G, internet and IPTV subscribers. The premium plan, which comes with a monthly fee of 12,900 won, is on 50 percent discount until the end of the year.

KT Corp. launched its own streaming game service, GameBox, in August, without teaming up with a multinational. It ran a pilot test last December and an open beta service in March. It teamed up with Taiwan’s Ubitus to set up an open platform and is working closely with other gaming companies including Take-Two Interactive, Smilegate and NHN.

Its monthly plan is 9,900 won but will be offered on discount for 4,950 won until the year-end, the cheapest in the industry. The service drew 40,000 subscriptions in its first month of release, with the average time spent on the platform compared with the open beta service up by 20 percent, according to the company.

New console games are also set for release later this year, which is likely to further fuel demand for cloud gaming. The new MS Xbox product is arriving in November, with Sony’s PlayStation 5 to also come out in the year-end holiday season.